Republican lawmakers expressed skepticism about some of the cuts proposed in President Trump’s budget.

As the Trump Administration unveiled proposed cuts to programs about the environment, public broadcasting and foreign aid while boosting border security and defense spending, some in Congress suggested the final budget they pass may look much different.

“It’s dead on arrival — it’s not going to happen,” Graham said, according to NBC News. “It would be a disaster.”

Republican Sen. Marco Rubio of Florida said he was concerned about cuts to foreign aid.

Republican Rep. Mike Simpson of Idaho said he was concerned about cuts to the Army Corps of Engineers.

“Cuts there could be difficult to accept,” he told TIME.

And Republican Sen. Rob Portman of Ohio said he would fight a proposed end to the Great Lakes Restoration Initiative.

“I have long championed this program, and I’m committed to continuing to do everything I can to protect and preserve Lake Erie, including preserving this critical program and its funding,” he said, according to Bloomberg News.

“Bottom line here is the President proposes and Congress disposes,” he said, “and we will do our due diligence.” 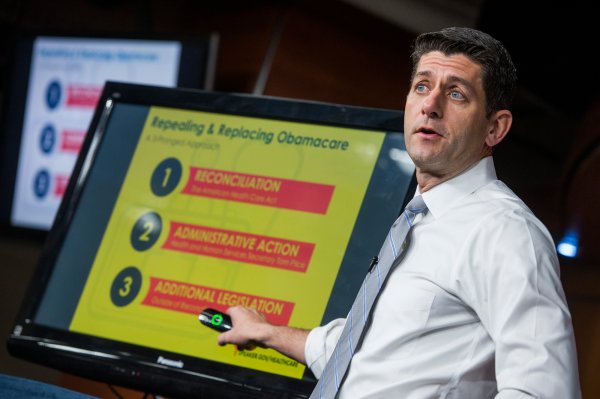 Three Conservatives Vote Against the Republican Health Care Bill
Next Up: Editor's Pick