A Federal Judge Agreed With the Travel Ban. But He Disagreed With President Trump's Attacks on Courts

A federal judge appointed by George W. Bush took President Trump to task for his criticism of judges, even as he was writing a dissent that took Trump’s side in the disputed travel ban.

U.S. Appeals Court Judge Jay Bybee did not mention Trump by name, but he did refer to one of the “parties” in the lawsuit leveling “personal attacks” on judges.

“Such personal attacks treat the court as though it were merely a political forum in which bargaining, compromise, and even intimidation are acceptable principles,” he wrote in a dissent. “The courts of law must be more than that, or we are not governed by law at all.”

After a federal judge in Washington state — also appointed by Bush — ruled against Trump’s first executive order barring immigration from seven Muslim-majority countries, Trump called him a “so-called judge” in a tweet. He later called a panel of judges reviewing the decision “so political.”

“The personal attacks on the distinguished district judge and our colleagues were out of all bounds of civic and persuasive discourse—particularly when they came from the parties,” Bybee wrote. “It does no credit to the arguments of the parties to impugn the motives or the competence of the members of this court.”

Confirmed by the Senate in 2003, Bybee previously served as a lawyer in the Bush White House, where he signed the so-called “torture memos” which permitted “enhanced interrogation” on detainees.

He was joined by Judges Alex Kozinski, Consuelo Callahan, Carlos Bea and Sandra Ikuta in the dissent. 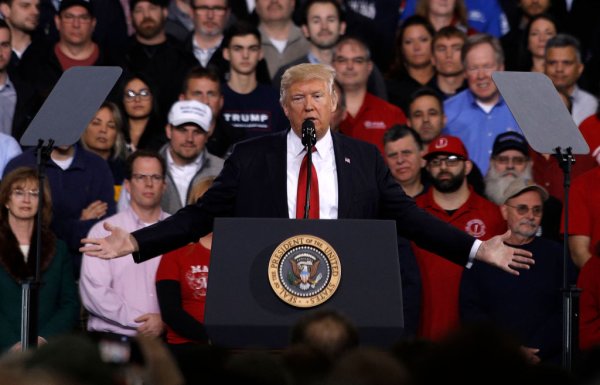 President Trump's Own Words Keep Hurting His Travel Ban
Next Up: Editor's Pick