Three People Are Nearly Blind After Getting a Stem Cell Treatment

When doctors give their patients a difficult diagnosis, whether it’s for a condition like cancer or a rarer disease for which there is no standard treatment, they often refer them to clinicaltrials.gov. The National Institutes of Health and National Library of Medicine provide this web site as a service for people who want to find and participate in trials of experimental treatments. With so many new studies launched every day of promising therapies, it is a helpful resource for both doctors and patients eager to do everything they can to beat their disease.

But a report published in the New England Journal of Medicine highlights the dangers of some experimental trials, even ones listed on a government-supported site. Three women in their 70s and 80s who enrolled in a stem cell trial to treat age-related macular degeneration, caused by deterioration of the most sensitive part of the retina, were left with severe vision loss following the treatment they received in the trial. All three patients found the study, sponsored by BioHeart, Inc., on clinicaltrials.gov.

The women each had liposuction to remove fat tissue, and the fat cells were processed to extract stem cells that they were told would develop into cells that would replace the diseased ones in their eyes.

Instead, the injected solution caused inflammation, infection and detached retinas in all three women. Detached retinas require surgery to repair in order to prevent blindness. Within days of receiving the treatment, all three patients went to the hospital with vision loss, severe infections and bleeding.

The study was conducted in several unusual ways, says Dr. Thomas Albini, from the Bascom Palmer Eye Institute, who was not involved in the trial but treated two of the women after they developed complications. First, all three women had both eyes treated at the same time, which Albini says isn’t typical for an untested therapy. When testing something experimental for the eye, doctors usually treat only one eye at a time, in case adverse events occur or the treatment proves too dangerous or toxic to the patient.

He says that the patients only signed what appears to be a one-page surgical consent form for the procedure. The form may have indicated that the procedure they would receive was experimental and had not been approved, but clinical trial consent forms are usually lengthy documents that detail the procedure and the risks and potential benefits involved. The two women told Albini that they did not recall signing documents other than the single page form.

The patients also learned that the trial was being funded by payments they and others made. Each patient who enrolled paid $5,000 to receive the experimental treatment in both eyes, according to the women. The vast majority of legitimate clinical trials do not require payment. In fact, most tests and therapies—even transportation to the facility, in some cases—are generally covered by the study.

The unfortunate outcome is a reminder of the burden put on patients to vet trials, even if they appear on clinicaltrials.gov. That may be challenging for people without any medical background, especially since clinicaltrials.gov is maintained by what most believe to be reliable and ethical government health institutes. But the site doesn’t vet every trial posted; it performs minimal review of study designs to ensure they are scientifically sound and have received ethical and scientific approval from what are called institutional review boards (IRBs). These boards include both scientific experts as well as ethicists to analyze a study to make sure participants won’t be exploited. Without mandatory requirements for such board approvals, any investigator can technically post a trial on the site. And while the Food and Drug Administration (FDA) approves drugs and medical treatments, it doesn’t have direct oversight over clinicaltrials.gov. “Patients confuse FDA approval of a treatment, which does indicate that a treatment has met certain standards like it has demonstrated efficacy and safety, with just being listed on the web site,” says Albini.

The site does state that “ClinicalTrials.gov does not independently verify the scientific validity or relevant of the submitted information beyond a limited quality control review for apparent errors, deficiencies or inconsistencies.” But, Albini says, “the web site could probably do a better job of making that disclaimer more prominent.”

Albini says the incident should reinforce to doctors that simply sending their patients to clinicaltrials.gov isn’t enough. Patients need help from the medical community or public health officials to navigate sites like these and make sense of the information they find, he says. 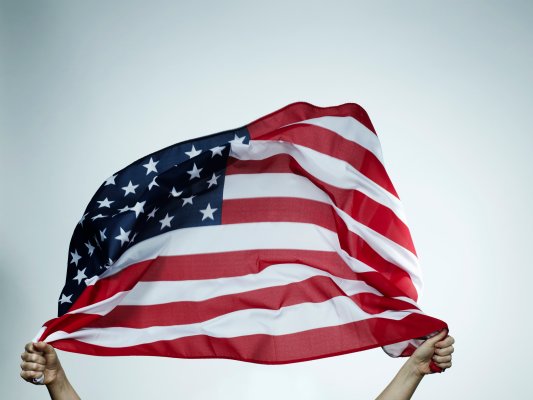 U.S. Falls in Ranking of Best Countries in the World
Next Up: Editor's Pick