A Family’s Dog Ran Away. Now the City Could Euthanize Him If He Turns Out to Be Part Wolf

A Colorado family’s longtime pet dog could face being put to death after he ran away and was captured by animal control officials who believe he is an aggressive wolf-hybrid.

Tracy Abbato, 31, has been battling the city of Aurora, which has kept her 11-year-old dog Capone since he jumped over a backyard fence last month. Officials say the Abbatos have been illegally harboring a dangerous and exotic animal, while the devastated family contends their pet dog is a mellow member of their household.

“It’s rough, and it gets harder and harder each day that he’s away from us. It’s just really depressing,” Abbato told TIME on Thursday. “I’m trying to be strong for my kids. It’s hard. When you get home, you’re used to seeing him there and he’s just not there anymore.”

Abbato said she adopted Capone a decade ago from a local animal shelter and was told the dog was a cross between a German shepherd and a black Labrador. “I didn’t even suspect him of being a wolf,” she said.

Capone has never displayed signs of aggression, except for barking at passing dogs through the fence, Abbato said. The animal even sleeps with her three young children. “He’s not aggressive. Capone is a very mellow, laid back dog,” she said. “He’s a typical dog. He’s a family member. He doesn’t bother anybody.”

“It’s not just a wolf-hybrid issue by itself,” said Michael Bryant, a spokesman for the city of Aurora. Bryant said Animal Services determined Capone to be aggressive based on the dog’s interactions with staff members. He declined to provide further details, citing an ongoing legal case. The family also faces fines for the animal running loose, failure to have a city pet license and failure to have a rabies vaccination.

Capone took a DNA test earlier this month to determine whether he is part-wolf. The results are still pending. But if the city finds he is both a wolf-hybrid and an aggressive animal, Capone will be either shipped to a sanctuary or shelter for wolves, or be put down if the wolf facilities reject him, according to Bryant.

“It’s heartbreaking. He’s like a child to me. That’s like saying we’re going to put your kid to sleep,” Abbato said. “They become family members to you. Anybody who has a dog understands.” 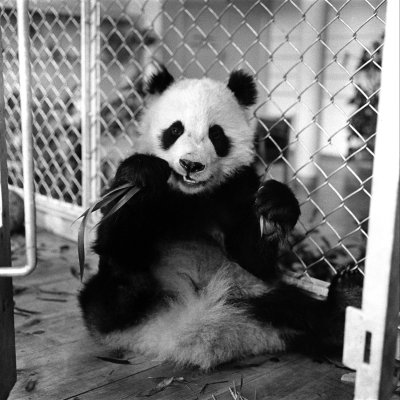 This Adorable Panda Was at the Center of a Cold War Conflict
Next Up: Editor's Pick