In a new interview with the Los Angeles Times, actress Kristen Stewart announced a recent collaboration with the band CHVRCHES to benefit Planned Parenthood. She directed a “musically oriented piece” for the group, according to the L.A. Times.

“I had been asking them to let me do something for them for a while,” she said. “They’re so good. I ended up with a pretty simple but definitive narrative arc that highlights the cause in a sweet but quiet and confronting way.” Stewart is an outspoken critic of President Donald Trump, who has said he plans to defund Planned Parenthood as long as it offers abortion as a health service.

The details of Stewart’s Planned Parenthood collaboration with CHVRCHES, including whether it will generate funds for the nonprofit, have yet to be revealed. But it seems to be part of a larger project.

The Creative Independent editor-in-chief Brandon Stosuy tweeted a photo of John Legend, St. Vincent and Zach Galifianakis gathered around a piano with the caption, “ICYMI: I’m working on something for Planned Parenthood on behalf of [the Creative Independent]. These are some of the people involved. More soon.” The photo shows a camera pointed towards Legend and St. Vincent.

Stosuy also tweeted that the collaboration between Stewart and CHVRCHES is related to the project featuring Legend.

The project for Planned Parenthood wasn’t Stewart’s first time behind the camera: She revealed in an Entertainment Weekly profile that she directed CHVRCHES’ upcoming music video, “Downside of Me,” and her first short film was screened at the Sundance Film Festival earlier this year. 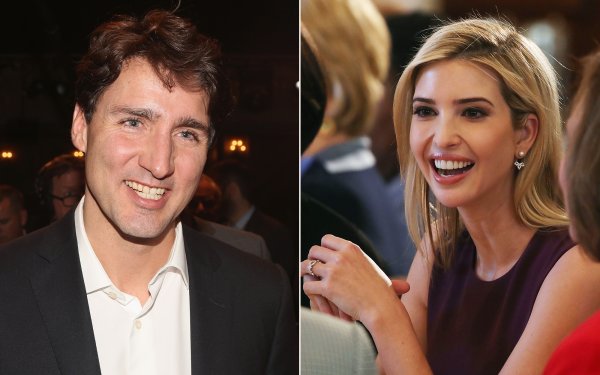 Justin Trudeau and Ivanka Trump Went to See a Broadway Show on Welcoming Refugees Together
Next Up: Editor's Pick