Here's What Weather to Expect This Spring

Much of the U.S. should expect higher than average temperatures this spring with a region stretching from Texas to New England expected to have the most unusually tepid temperatures, federal climate scientists said Thursday.

Forecasters from National Oceanic and Atmospheric Administration (NOAA) also warned that communities in the midwest, California and southeastern U.S. could be vulnerable to flooding. North Dakota and Idaho face a particularly high risk of flooding as high levels of snow melt coincide with anticipated spring rain.

The northern Rocky Mountain range, the northern Great Plains and the Gulf Coast should all expect high levels of precipitation, according to the report.

California faces elevated risk of flooding in its Northern and central regions thanks largely to an unusually wet year that broke years of crippling drought in the state. The high water flow has already inundated the state’s infrastructure and experts warn of the potential for more problems.

The forecast for above-average spring temperatures follows a winter that ranked as the sixth hottest on record despite late-season storms. 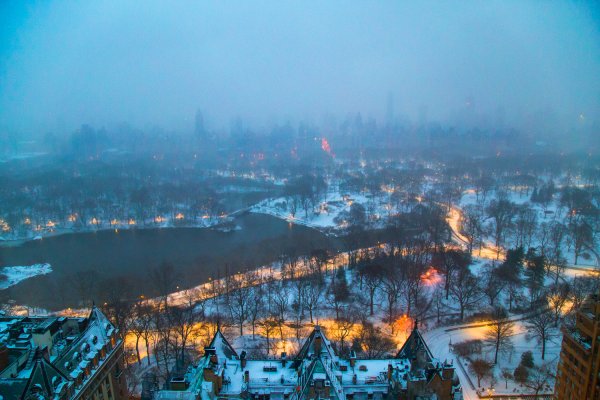 A Stunning Look at How New Yorkers Enjoyed the Snow in Central Park
Next Up: Editor's Pick