The federal renewable energy program known as ARPA-E has been a hallmark of bipartisan cooperation since it was created less than a decade ago, funding more than 400 early-stage projects and receiving support in Congress from both parties.

Now, President Donald Trump wants to defund it entirely — one many changes in a budget request that prioritizes military spending and slashes support for environmental programs. In eliminating the program, the President’s budget request to Congress submitted Thursday argues that “the private sector is better positioned to finance disruptive energy research.”

ARPA-E, formally known as the Advanced Research Projects Agency—Energy, was launched under President George W. Bush as part of a broader package to encourage American innovation. The structure of the program is derived from recommendations from the non-partisan National Academies of Sciences, Engineering, and Medicine and funds projects too early in development to receive private money.

“ARPA-E was a remarkable bipartisan achievement that we accomplished during the Bush administration and the Obama administration, working in a bipartisan way,” House Minority Leader Nancy Pelosi said at a Thursday press conference. “That’s really a very important part of not only our economy, not only our atmosphere, but also our international competitiveness.”

The program has funded several successful projects that later commercialized, including Fluidic Energy, an energy storage company, and 1366 Technologies, which created a technology to build a key component of solar cells. Supporters argue that many more will succeed if the government only gives it time to grow with projects making it to the commercial phase paying the government back.

Support for the measure across the aisle is not a relic of a quaint bipartisan past. Last year, Congress voted to increase ARPA-E’s funding by $30 million with the measure passing the Senate 70 to 26. “We are reducing other spending to increase this spending. This is called setting priorities,” said GOP Sen. Lamar Alexander of Tennessee. “We should do more of this energy research.”

Indeed, even former Texas Gov. Rick Perry, Trump’s Energy Secretary, seemed to support the program during his confirmation hearing — or at the very least believed it would be here to stay. Perry told the Senate Energy and Natural Resources Committee that he would be “engaged” with ARPA-E.

He’s singing a different tune now. “The President’s budget blueprint outlines a forward looking, mission focused budget for the Department of Energy,” he said. “Our goal in the budget process is to properly align resources to the important missions of the Department.”

Support in Congress may ultimately save ARPA-E. The Trump budget is merely an initial request and Congress could fund the program despite Trump’s disapproval. Indeed, many Republicans have already balked at several specific cuts.

“The president has suggested a budget,” Alexander said in a statement. “But, under the Constitution, Congress passes appropriations bills.” 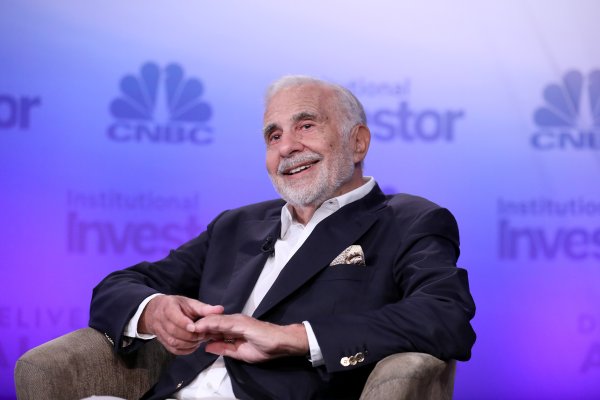 This Billionaire Advising President Trump Could Make Millions Off a New Ethanol Policy
Next Up: Editor's Pick