The temperatures of these fires can reach 700º Celsius.
Edouard Elias
By Olivier Laurent

For almost a year now, oil fields around Mosul have been on fire. As Iraqi forces launched an assault on Islamic State-held cities, retreating militants have left behind ruins and blazes.

But Iraqis are fighting back. “These firefighters in front of these bursts of flames, it’s like David and Goliath,” says French photographer Edouard Elias, who shadowed a squad of them in January as they fought fires around the town of Qayyarah, south of Mosul. “I wanted to cover a less temporal aspect of that conflict,” he tells TIME. “I wanted to show a different angle that focused on Iraqis themselves. I felt these fires were extremely symbolic: [oil] is the country’s principal resource but also the cause of its destruction.”

Today, some of these fires still rage on. But these firefighters haven’t given up, risking their lives to help bring order back to Iraq.

Here are his pictures: The Fires of Qayyarah. 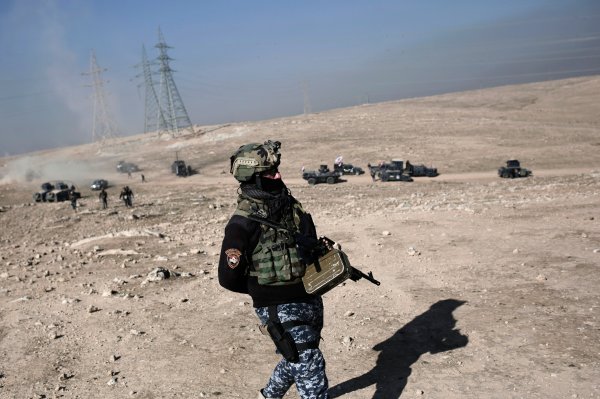 The Fight For Mosul Has Intensified
Next Up: Editor's Pick