How the Health Care Debate Reveals the GOP's Divisions

For a national health care plan, the GOP replacement for Obamacare has never looked particularly healthy. Moderate Republicans don’t like the American Health Care Act (AHCA) because it would balloon the ranks of the uninsured. Conservatives say it doesn’t go far enough to roll back federal subsidies and regulations. And that was all before the Congressional Budget Office (CBO), the closest Capitol Hill gets to having an actual scientific panel, delivered a blunt diagnosis on March 13, with hard numbers about who would be helped and hurt under the new bill.

It would shave $337 billion off the federal deficit over the next decade, while lowering average premiums for some after 2020 in comparison to current law. But other elements of the prognosis were jarring, including the estimate that 24 million more people would be uninsured by 2026. Many of the neediest Americans, particularly the elderly, would suffer dramatically increased out-of-pocket costs. For some lawmakers, the drawbacks swamp the benefits. It’s “cause for alarm,” said Republican Senator Susan Collins of Maine.

The question now is whether House Speaker Paul Ryan and President Trump, two politicians with sharply different visions for the Republican Party, can join forces to rescue the proposal. Ryan praised the CBO score as evidence of the bill’s intent to shrink government and increase market competition and freedom for people to choose. Trump, who pledged during his campaign that “everybody” would have coverage if he became President, sent out advisers to spin the forecast as misleading fiction.

No one has figured out how to integrate the two visions into the same piece of legislation. Republicans can argue about efficiencies in the market, but the bottom line remains: health care is too costly for many Americans to afford on their own. And prices continue to rise. Cut the amount you spend and you cut the number of people who can get treatment outside of an emergency room. Set the political rhetoric aside and the debate over the AHCA is a debate over who gets help to pay for insurance and how much the government should shell out.

The result has been a messy process showcasing the splits the GOP tries to paper over. While the White House promises more and better coverage, many conservatives continue to question whether the government should require coverage at all. “You want to try to force-feed people? I don’t,” said Republican Senator Jim Inhofe of Oklahoma. These disagreements have muddied the bill, Republicans say privately. “We ended up with a technocratic crap sandwich,” one lawmaker griped.

As it stumbles through the House, the plan looks to be on the legislative equivalent of life support. Senate Republicans have made it clear that it won’t pass the upper chamber without major revisions. The President, in his signature style, continues to promise that better days are ahead. “It will get better. Much better. Hopefully it will get very good,” Trump told a group he had gathered at the White House to hear stories about their struggles with health care costs.

That’s still a far cry from his campaign pledge. “We know that some are going to lose their coverage,” said Republican Senator Orrin Hatch of Utah. “There’s no way we can avoid that.” Just don’t expect Trump to say that anytime soon. 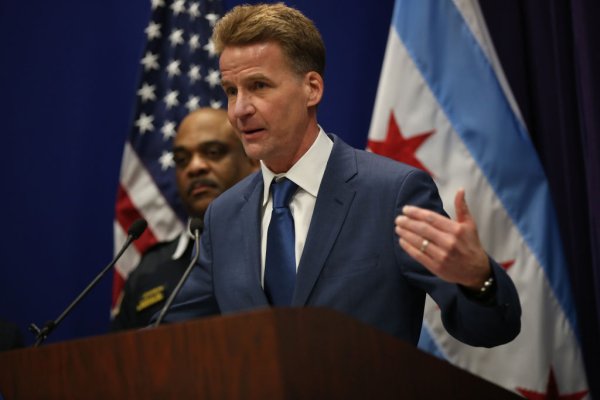