The Harmless-Sounding Phrase That Is Terrible for All Women

A few weeks ago, I was talking with a friend about another friend’s husband who had called his wife a “stupid bitch” in front of their daughters in a moment of anger. He later apologized to the family. He’d had a hard day at the office. He didn’t really mean what he’d said, and he’d humbled himself in front of his wife and kids. We knew that he was basically a good guy. Basically a good guy.

And that’s the phrase that kept swirling in my head. It occurred to me that the common refrain, “He is basically a good guy,” confirms one of our most pervasive biases. A colleague who made a sexist remark in a meeting? Well, we think, he didn’t mean it. He’s basically a good guy. The young man who insulted his date in front of his friends? He didn’t think she would take it so personally. He’s really a good guy.

What is the female equivalent to that catch phrase? There isn’t one. Men are forgiven for behaving badly because the assumption is that underneath it all they are basically well intentioned. They can’t help themselves from being belligerent or abusive, because, well, “it’s what men do.” This generalization is entirely unfair: unfair to men who do not behave badly and unfair to men who do — and need help — and unfair to women.

When has anyone ever heard, as a pardon for a woman’s bad behavior, “She is basically a good woman?” Never. Because as frequently as we hear, “He’s basically a good guy,” we also hear, “She’s such a bitch.” Women are not so readily forgiven for their transgressions, no matter how small. The woman who refuses to accept blame at work for something she didn’t do? The woman who disagreed with her date in front of his friends? The wife who got too drunk at the neighborhood party?

Make no mistake: I am not saying that women don’t exhibit crummy or deplorable behavior. It’s just that women don’t get passes for even the smallest infractions, while men get passes for the worst. Many of us watched in horror as a man boasted of grabbing women’s private parts, and yet it was shrugged off as “locker room banter.”

If there is anything positive to glean as a result of President Donald Trump’s election, it’s that women are speaking their minds more than ever. The worldwide outpouring on behalf of women’s rights has confirmed the solidarity and sheer numbers of women — and the real men who love and respect them — who refuse to be silent. Books and blogs and columns and actions are addressing the persistent double standard that stands in the way of true gender equality. Trump’s election may spell a setback, but it will push us further ahead in the long run.

But we have to start with language, which can work like a mild acid on our efforts. In her essay, “Our Words Are Our Weapons,” Rebecca Solnit addresses the importance of language in the effort to move toward a place where violence against women is no longer assumed inevitable. When our common phrases confirm our assumptions that men are generally forgivable and women are generally to blame for __________ (fill in whatever blank you please), we’re forced to stay silent. At best, that silence compels us to absorb the blame. At worst, it renders the most terrible violations unspeakable. This, I believe, is why women were upset to tears by Trump’s ascension in light of his admitted abuse. If we are “bitches” and men are “good guys,” then how do women stand a chance to be heard?

Whether language follows cultural shifts or cultural shifts change language — and surely it is a dance between the two — silence in either case gets us nowhere. It only serves to maintain the unacceptable status quo. We need to keep telling our stories, even when the news cycle dies down, to fill with our voices those few silent seconds in between each act of aggression that threatens to push us back toward having no voice at all. Because, he isn’t always “basically a good guy.” And she’s never “just a bitch.”

Karen Rinaldi is the publisher of Harper Wave, an imprint she founded in 2012, and a senior vice president at HarperCollins Publishers. Rinaldi wrote the story for Maggie’s Plan, the 2015 film inspired by her novel, The End of Men, which will be published June 2017. Her non-fiction work has appeared in the New York Times, Oprah.com and Prevention magazine, among others. 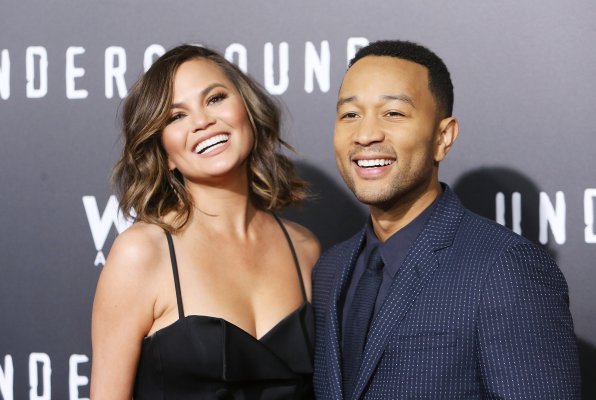 How John Legend Supported Chrissy Teigen Through Her Postpartum Depression
Next Up: Editor's Pick