Ever since Glenn was beaten to death by Negan in the premiere of The Walking Dead‘s seventh season, unspoken words have seemed to fill the air between Daryl and Maggie. While Daryl obviously blamed himself for his friend’s murder — as Negan only killed Glenn after Daryl jumped out of line — it was unclear how Maggie felt on the matter.

Fortunately, in Sunday night’s “The Other Side,” the pair finally addressed the elephant in the room. After the Saviors showed up to pay a surprise visit to the Hilltop, Daryl and Maggie found themselves hiding out in a basement. And while there were a few tense moments when a wandering Savior came close to spotting them, the main point of the scene was clearly to get the two alone together.

Meanwhile, Rosita and Sasha journeyed to the Sanctuary to put their Negan assassination plan in motion. However, after sneaking through the compound’s fence, Sasha prevented Rosita from following her inside. “Go,” she told her. “It’s not your time.”

“Something They Need,” the 15th episode of Walking Dead‘s seventh season, will air March 26 at 9 p.m. on AMC. 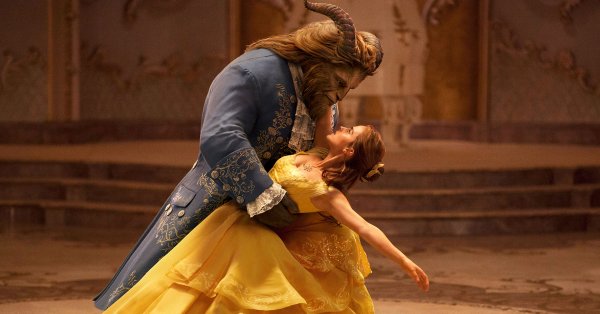 Beauty and the Beast Has Record-Breaking Debut
Next Up: Editor's Pick