As a person with a little bit of knowledge about cameras and a lot of experience spending far too much money on them, I often get asked: “Hey Alex, what’s the best point-and-shoot camera I can buy?”

For years, a very good answer to that question has been Sony’s remarkable RX100 series. With its latest iteration, the Sony RX100 V, that holds true — but there’s a catch.

The RX100 V packs a remarkable feature set into a pocketable camera, provided you have sizable pockets. Most notably, it has a stellar 1-inch sensor along with a solid 24-70mm f/1.8-2.8 Zeiss lens. It can record images at a blistering 24 frames per second, while an improved autofocus helps get subjects in focus near-instantly in most situations. It’s also capable of recording 4K video, which is crucial if you’re interested in going beyond still photography. A tilting rear screen is handy for getting otherwise difficult shots.

In practice, all of that jargon translates to a camera that’ll blow your smartphone out of the water. That’s mostly thanks to the 1-inch sensor — generally speaking, the bigger the sensor, the better the quality (the iPhone 7, by contrast, has 1/3-inch and 1/3.6-inch sensors.) Big sensors also help DSLRs and similar high-end cameras produce the creamy background blur that smartphones can only attempt to replicate through algorithmic trickery. Of course, lenses play a huge role in image quality as well, and the RX100 V’s glass is thankfully no slouch.

Read more: Why it’s still worth owning a digital camera

Using the RX100 is as simple or as complex as you want it to be. It’s completely fine in fully automatic mode, like driving a BMW 3 Series in the “Comfort” setting. That makes it a great choice for people who want high-quality photos without learning the ins-and-outs of settings like aperture, shutter speed and ISO. But like that BMW, it’s capable of far more in the right hands, allowing users to tweak all sorts of settings (though some are buried in confusing menu options.) Newbies can grow into this camera, while experienced shutterbugs might love it as a more portable supplement to their bulky DSLR.

Still, there are two caveats to consider with the RX100 V.

First, if you’re considering this as a DSLR replacement, you might wind up disappointed. The photo quality is great, but the camera’s diminutive size makes it difficult to quickly tweak some settings on the fly. And while the Zeiss lens is great and covers a wide range of focal lengths, it’s permanently affixed to the body, which may frustrate photographers used to swappable lenses. I also wish it had a touchscreen for easier focusing, which feels like table stakes for a camera at this price point in 2016-17.

Second, and more importantly, is the price. Sony’s RX100 V will set you back $999, which is far above what many folks might consider spending on a point-and-shoot camera. If money is no object, I feel it’s worth it. But, thankfully, there are alternatives to consider.

The previous cameras in Sony’s RX100 series are still extremely capable and can now be had at a discount. The RX100 III, for example, is $700 on Amazon, and can be had for around $500 if you’re comfortable buying used. (I almost always buy used camera gear as a way to save money.) You’ll miss out on the RX100 V’s improved autofocus, faster shooting and 4K video, but most casual photographers can do without those specs anyway.

Sony’s a6000, meanwhile, is a highly capable mirrorless camera that’s usually available for around $650 with an included lens. It has some advantages over the RX100 V, including the ability to change lenses — you might use a wide-angle lens to capture sweeping vistas on your next vacation, for instance, while opting for a telephoto zoom lens during your child’s soccer game. And it’s still small, but the protruding grip makes it far less pocketable than the RX100 V.

Canon’s PowerShot G7 X Mark II is another well-reviewed point-and-shoot that’s about $679. Like the RX100 V, it has a honking 1-inch sensor, and its 24-100mm lens actually covers a wider focal range than the Sony. But you won’t get the Sony’s lightning-quick autofocus or shooting speeds.

For an absolute budget option, you could do worse than the Canon PowerShot ELPH 350 HS, available for around $260. But at this point, you might be better off sticking with your smartphone, assuming you have one with a decent camera.

(Read TIME’s affiliate link policy.) The sample images in this article are “straight-out-of-camera” and unedited. 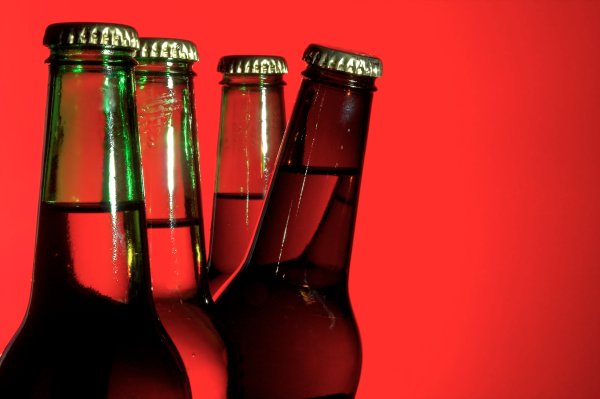 7 Gadgets To Brew Your Own Beer This St. Patrick's Day
Next Up: Editor's Pick