The disclosure, which fills in a small data point in one of the big lingering mysteries looming over Trump’s presidency, came just before the figures

The two-page form, which is labeled “Client Copy,” doesn’t reveal the sources of Trump’s income, which has been the primary reason for Democrats to call on Trump to release his returns

“It came in the mail over the transom,” explained Johnston, now the editor and founder of DCReport.org. The numbers, he said, “fit the things we know” about Trump’s finances from other public records.

The document indicates that Trump, who defied decades of political convention by declining to release his tax returns during his campaign for President, paid a roughly 25% effective tax rate in 2005.

The document shows that Trump paid $5.3 million in taxes and another $31.2 million due to his obligations under the Alternative Minimum Tax (AMT), which is designed to ensure a baseline tax payment for some payers. During his campaign, Trump proposed scrapping that tax.

Trump’s tax returns in the years since remain a mystery. Democrats have cited the absence of disclosure as an indication that Trump is hiding something. Nearly 1.1 million people have signed a White House petition urging Trump to “immediate release” his full returns.

The White House official denounced the disclosure of the 2005 return as an illegal act.

“You know you are desperate for ratings when you are willing to violate the law to push a story about two pages of tax returns from over a decade ago,” the White House official said, noting that Trump had a responsibility to “his company, his family and his employees” to pay no more tax than he was legally obligated.

“Mr. Trump paid $38 million dollars even after taking into account large scale depreciation for construction, on an income of more than $150 million dollars,” the official said, “as well as paying tens of millions of dollars in other taxes such as sales and excise taxes and employment taxes and this illegally published return proves just that.”

During the presidential campaign, Trump proposed cutting taxes, especially for the very wealthy, reducing the current seven tax brackets to four: 0%, 10%, 20% and 25%. Trump’s tax reform plan is not expected to be brought up until after Congress completes its work on healthcare reform, an effort that has faced significant headwinds.

Trump’s income puts him in the highest of the current brackets, 39.6%, though it is normal for the very wealthy to pay a far lower effective tax rate. Former Republican presidential candidate Mitt Romney paid a 14.1% effective rate in 2011.

Citing an ongoing audit for which he never supplied proof, Trump declined to release his recent returns during the campaign. Asked last week whether Trump would release his 2016 returns, Press Secretary Sean Spicer said: ““My understanding is he’s still under audit and I’ll follow up on the question.”

Every major presidential candidate in recent history has disclosed their returns, including 2016 Democratic nominee Hillary Clinton. She and her husband, former President Bill Clinton, earned $10.75 million in 2015, and paid a 34.2% federal tax rate.

The disclosure, Maddow said, is “only a start.” 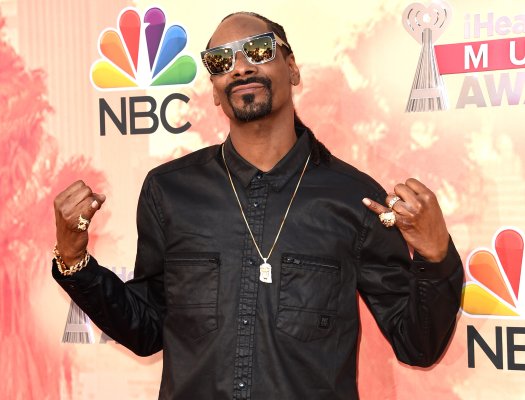