The Most Important Slave Revolt That Never Happened

How do you prove that something happened when the only testimony about the event comes from people who weren’t directly involved, and who may have been under duress at the time of their testimony?

That’s a question that confronts historians who study the story of Denmark Vesey, a black carpenter who bought his freedom after winning the lottery and then secretly plotted a slave rebellion in Charleston, S.C., in 1822. Though the rebellion never actually happened — a slave spilled the beans about it to authorities before it could happen — Vesey and 34 slaves, including some from the household of the state’s governor, were tried and executed for “attempting to raise an insurrection.”

However, because testimony about the plans for the revolt from Vesey himself cannot be found, historians have been left to draw conclusions about the event from the testimonies of people who knew him, leading modern-day scholars to question whether a detailed plan for such a rebellion even existed. (As with many investigations of conspiracies, experts are skeptical of the quality of and reliability of evidence, especially if it was extracted under stress.)

A new book out this week — The Denmark Vesey Affair: A Documentary History, edited by Douglas R. Egerton, Professor of History at Le Moyne College, and Robert L. Paquette, Professor of History at Hamilton College — aims to prove that even if the revolt itself didn’t actually happen, the plot did exist, and that it was the most sophisticated collective plot against slavery in the U.S.

The moment in time when the plot was hatched made sense, Egerton says. For one thing, in Vesey’s personal life, the moment was right. Since “conspirators tend to be younger, and he’s the equivalent of the village elder, the time had come to act or utterly give in,” Egerton argues. “Vesey also had children in slavery, and he wanted to lift their bondage.”

In addition, in 1820, the South Carolina legislature had passed a law requiring slaveowners to get approval from the state before they could free their slaves, making manumission more difficult. Egerton says that “a number of principals in the Vesey plot were [also] motivated by debate around Missouri’s attempt to enter the union as a slave state” or by the political situation down the Atlantic Coast in Haiti, where slavery did not exist and the government attracted free persons of color from the U.S. by promising them land. Given Charleston’s busy harbor, residents would have had access to news from far and wide.

One of their pieces of evidence of the existence of the plot is a letter from the well-known abolitionist Lydia Maria Child to another well-known abolitionist, Thomas Wentworth Higginson, a Unitarian minister who supported John Brown’s attack on Harper’s Ferry and led a black regiment during the Civil War. Higginson asked Childs for information on the history of slave rebellions for a series in The Atlantic, and she cited her interview with a free black man named Thomas Cilavan Brown, who was from Charleston and knew Vesey in both a personal and professional setting.

Here’s what Brown told her:

After the plot was revealed, the city’s Emanuel Church, where Vesey was a congregant and leader, was burned to the ground and “new black churches strictly forbidden,” prompting authorities to build a fortress — now known as The Citadel — to deter future rebellions, as TIME has previously reported. (The church reopened after the war, but sadly returned to headlines more recently as the site of Dylann Roof’s 2015 murder of nine Bible Study participants.)

Over the years, not only has there been controversy over whether Vesey plotted a rebellion, but also there’s been controversy over how he should be remembered — most recently in 2014 when activists erected a life-size statue of Vesey in Charleston. To some, as one New York Times op-ed put it, he was an abolitionist, while to others he was a terrorist.

Paquette, however, argues that the Vesey affair should be remembered for its historical importance, instead, as it helped foment a political movement in the South: “The Vesey Affair transformed politics in South Carolina, moving leaders like John C. Calhoun from qualified support for federal power to a states rights position that precipitates the nullification crisis, which was a prelude to the Civil War.” 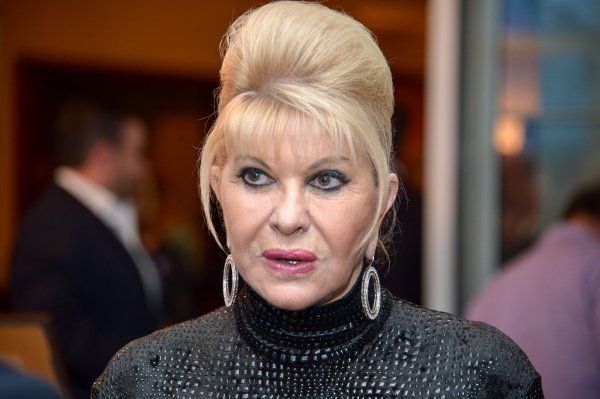 Ivana Trump Is Writing a Book: Raising Trump
Next Up: Editor's Pick