A Brazilian soccer club is facing controversy and loss of sponsors after signing a goalkeeper convicted of having his former girlfriend murdered.

“People run from me because of what happened in the past,” Fernandes de Souza said at a news conference.

The soccer player said he had ordered a friend to kill his former girlfriend, Eliza Samudio, and have her body fed to dogs back in 2010. He was sentenced to 22 years in prison, but last month, a judge granted him his freedom, according to the Associated Press.

Three sponsors have already withdrawn from supporting the team, The Guardian reports. 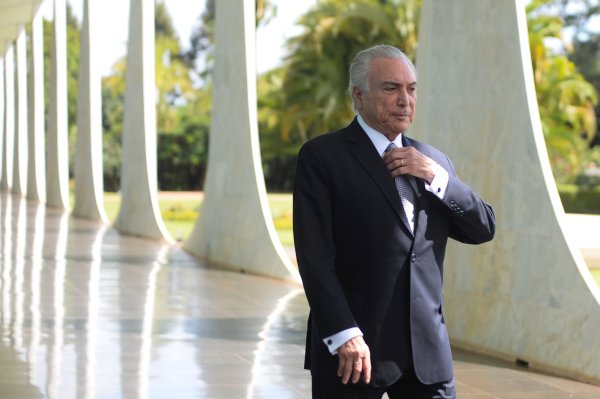 Brazil’s President Moved Out Because of ‘Ghosts’
Next Up: Editor's Pick