The Constitution's Complicated Relationship With Sex and Obscenity

At the time our Constitution was adopted, there were no laws in the United States against obscenity. Sexually explicit expression was widely available. It was only in the nineteenth century that religious moralists, such as Anthony Comstock, instituted laws prohibiting the distribution of “obscene” materials.

After a century of censorship, though, the legal concept of “obscenity” has largely evaporated in recent decades because of the impact of technology, most notably the Internet. Today, prosecutions for the sale, distribution, or exhibition of obscenity have virtually disappeared.

But even if consenting adults now have ready access to all sorts of sexually explicit material, the question remains whether government can constitutionally shield minors and unconsenting adults from exposure to such material.

Problems arise, however, when the separation of children and adults is more difficult. The Court considered an analogous problem in its 1971 decision in Cohen v. California. Paul Robert Cohen was arrested in 1968 for wearing a jacket bearing the words “Fuck the Draft” in a corridor of the Los Angeles county courthouse. Cohen insisted that his message was protected by the First Amendment, even though children were present, and the Court agreed.

Is there a limit to this principle? In its 1975 decision in Erznoznik v. City of Jacksonville, the Court considered the constitutionality of a Jacksonville, Florida, ordinance that made it unlawful for any drive-in movie theater to exhibit any motion picture showing nudity if the screen was visible from any public street or place. The city argued it was justified as a means to protect the sensibilities of both unconsenting adults and minors. But invoking Cohen, the Court held that the limited privacy interests of individuals on the public streets cannot justify the censorship of otherwise constitutionally protected expression merely because the images might offend some viewers.

Three years later, the Court confronted an interesting twist in FCC v. Pacifica Foundation, which involved the infamous recording “Filthy Words” by the comedian George Carlin. A man who had heard it broadcast while driving with his young son wrote a letter complaining to the Federal Communications Commission. The FCC sustained the complaint, ruling that broadcasters may not air language that describes sexual activities or organs in terms that are patently offensive as measured by contemporary community standards at times of the day when children are likely to be in the audience.

Although acknowledging that the Court had held in Cohen that such words could not constitutionally be forbidden in public discourse, Justice John Paul Stevens nonetheless argued that different rules must apply to broadcasting. This was so, he explained, for three reasons. First, the airwaves are owned by the government, and the government has greater authority to control speech on its own property. Second, indecent material presented over the airwaves confronts individuals not only in public, but also in the privacy of their homes. Third, broadcasting is “uniquely accessible to children.”

Despite its victory in Pacifica, the FCC exercised considerable restraint over the next decade. It held that prohibitable “indecency” consisted only of the repeated use of Carlin’s “seven dirty words” between the hours of 6:00 a.m. and 10:00 p.m., when children are most likely to be in the audience. Applying that standard, the Commission brought no indecency enforcement actions between 1978 and 1987.

During the George W. Bush administration, however, the FCC sought to punish broadcasters in several highly publicized incidents in order to make an example of them. These included U2 singer Bono’s exclamation, in accepting a Golden Globe Award, that “this is really, really fucking brilliant,” and Cher’s statement, when accepting her 2002 Billboard Music Award, that “people have been telling me I’m on the way out every year, right? So fuck ’em.” Several other cases involved instances of fleeting nudity, as in a scene from ABC’s NYPD Blue. The FCC in these years assessed penalties against broadcasters totaling almost $8 million. Because of this rule, which continues in effect to this day, viewers do not hear profanity or see nudity on over-the-air radio or television stations.

This principle, though, does not apply to other media, such as cable television and the Internet. In 1996, Congress enacted a law requiring cable operators who provide channels “primarily dedicated to sexually-oriented programming” to limit their transmission to between the hours of 10:00 p.m. and 6:00 a.m. But in 2000, in United States v. Playboy Entertainment Group, Inc., the Supreme Court held the law unconstitutional. Justice Anthony Kennedy held that the constitutionally permissible “solution” in this setting was not for the government to interfere with the transmission of constitutionally protected material, but for homeowners who did not want images of sexually explicit conduct to enter their homes to use blocking devices that would make these programs or channels inaccessible.

The Court ruled similarly in cases involving the Internet. In 1996, Congress enacted the Communications Decency Act (CDA) in an effort to protect minors from exposure to “indecent” material on the Internet. The next year, in Reno v. American Civil Liberties Union, the Supreme Court unanimously held the CDA unconstitutional. Unlike the airwaves, and like cable, the government does not own the Internet and there is no long-standing tradition of government regulation of the Internet. And unlike the situation in Pacifica, where the FCC allowed indecent programming during hours when children were unlikely to be in the audience, no similar safe haven was technologically possible on the Internet.

In response to this decision, Congress attempted to solve the “problem” by enacting the Child Online Protection Act (COPA), which declared it a crime for any person knowingly to disseminate on the Internet any material that is obscene for minors—unless they required users to demonstrate they are at least 18 years old. Nevertheless, the Court once again ruled that a better solution was for parents to use filtering software to block inappropriate material on their computers.

Thus, compared to the 1950s, when any depiction of sex in books, movies, or magazines was tightly constrained, we are now inundated with all sorts of sexually explicit material. In effect, we have returned to the world of the Framers, although technological changes have made such material more generally accessible than ever before in history.

As a general principle, the primary remedy for potentially harmful speech is not government suppression, but counter-speech. To the extent that critics see sexually explicit speech as harmful to individuals and to society because of its effect on morals, the proper remedy, as with other potentially “harmful” products, such as cigarettes, alcohol, and gambling, is to warn people of the perceived dangers and to rely primarily on parents to teach their children well, but not to limit adults to only what is appropriate for children.

Of course, there is no guarantee that such efforts will always be successful. In the end, some of us will simply disagree with what others believe to be the “right” values to live by. In a free society, that is our right. And that is nowhere more true than in the realm of free expression. 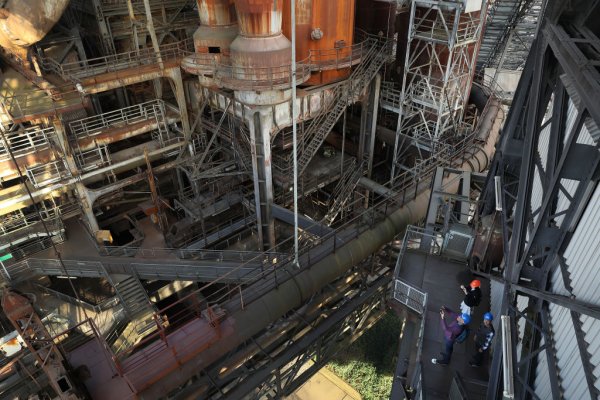 America May Miss Out on the Next Industrial Revolution
Next Up: Editor's Pick