Protestors gather across the street from the North Carolina state legislative building to express disapproval over the controversial "Bathroom Bill," or House Bill 2, in Raleigh, N.C., on Monday, May 16, 2016.
Al Drago—CQ-Roll Call,Inc.
By Alana Abramson

Former North Carolina Gov. Pat McCrory , who was defeated in his reelection campaign this past November, now says he’s having trouble finding jobs in the private sector because of the backlash against the state’s controversial “bathroom bill.”

“Even after I left office people are reluctant to hire me, because, ‘oh my gosh, he’s a bigot’ which is the last thing I am,” McCrory said in a podcast on World Radio on March 10. “I’m in some ways actually liberal on some of these issues. I’m a libertarian, on many of these issues but I don’t think the city government, a state government, a federal government should be able to tell the private sector what the new definition of ‘gender’ is.

The bill, known as HB2, passed the North Carolina state legislature in 2016, and required people to use the public bathrooms that match the sex on their birth certificate, provoking an outcry about discrimination against transgender people.

Despite an attempt to repeal the law in December, it is still on the books in the state. Democratic Gov. Roy Cooper, who defeated McCrory, urged the state to repeal it in an address Monday, calling it “the dark cloud hanging over our state of promise.”

In an interview with the Raleigh News & Observer, McCrory said he had accepted positions in consulting and on advisory boards, but that he had explored positions in academia and university leaders were nervous because of student protests.

“That’s not the way our American system should operate – having people purged due to political thought,” he told the N&O. 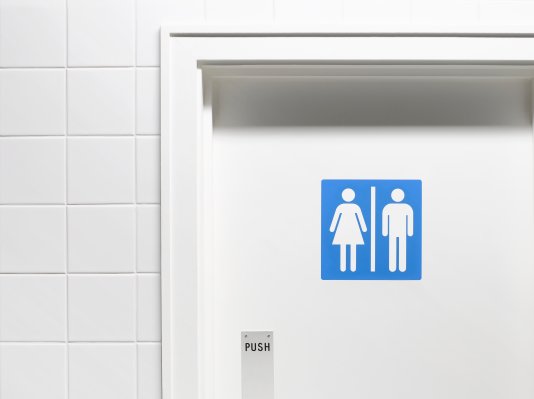