Shannen Doherty is taking an emotional trip down memory lane.

In August 2015, Doherty, 45, exclusively revealed to PEOPLE that she was diagnosed with breast cancer. Since opening up about her cancer battle, the actress has frequently shared health updates with followers and fans on social media, including her first day of radiation and going to her appointments with her mother by her side.

On Monday, the 90210 alum took to Instagram to share very personal footage from a monumental moment in her breast cancer journey: the day she shaved her head.

“This day….. laughing thru the tears. Thank you @annemkortright for jumping in and doing what needed to be done. @themamarosa,” Doherty captioned the video of herself laughing as her friend Anne Kortright-Shilstat shaved her dark hair with an electric clipper.

“Right now I look like Bart Simpson,” she said in the video as her head was shaved.

In July 2016, Doherty first revealed in a series of black-and-white photos on Instagram that she had shaved her head, documenting the six-steps that took her from shoulder-length hair to a buzz cut. With Kortright-Shilstat and mom Rosa Elizabeth by her side, Doherty walked fans through the emotional process.

But just days before the end of February, the Charmed actress, who was diagnosed in March 2015, shared the exciting news that she had completed chemotherapy.

“#fbf to this morning… not that long ago. Last day of chemo. Exhausted,” Doherty’s caption began. In the social media photo, Doherty, who is snuggled in between the sheets of her bed, stares solemnly into the camera.

“Now that I’m done with chemo and radiation, the waiting game is here. Waiting for test. Waiting to see if I’m clear or not. Waiting for reconstruction. Waiting,” the post continued.

She concluded: “I think when one gets cancer, they are always waiting to a certain extent. To those who know… I’m waiting with you. #cancerslayer.” 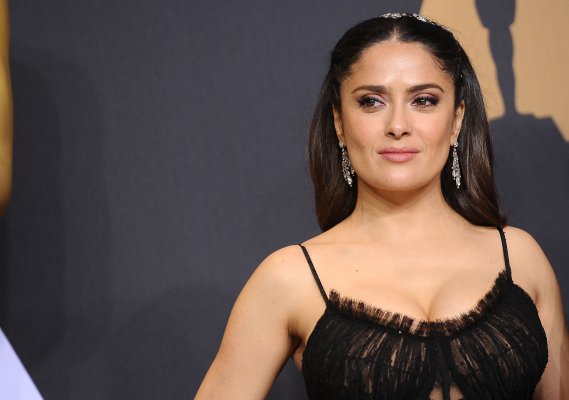 Salma Hayek on Aging Naturally: 'I Want to Look Like a Lovely Lady When I'm 70'
Next Up: Editor's Pick