Philippine Vice President Leni Robredo will address attendees at the 60th annual meeting of the U.N. Commission on Narcotic Drugs via a video message that highlights human-rights abuses in President Rodrigo Duterte’s so-called war on drugs.

In the video — recorded in February to be aired at a side session of the Vienna conference on Thursday — Robredo references the more than 7,000 people killed since the drug war began on July 1. That toll is reportedly now north of 8,000. “Our people have fought long for our rights and freedoms,” she says. “We are not about to back down now.”

Robredo goes on to detail lesser known human-rights abuses that occur behind the red-ticker slaughter: people beaten for requesting search warrants, police detaining relatives in lieu of absconded drug suspects. She also questions inconsistent figures on drug addiction reported by the President. Rather than a problem to be solved with bullets, Robredo concludes, drug abuse “must be regarded as it truly is: a complex public-health issue linked intimately with poverty and social inequality.”

Robredo’s address comes at a time when opponents of Duterte are under intense scrutiny. Last month Senator Leila de Lima — an ardent critic of the President, recently detained on drug charges — told TIME that she was Duterte’s “first political prisoner.” Senator Antonio Trillanes IV, another fierce critic, has claimed Duterte wants him dead — a charge the President denies.

Robredo will not attend the Vienna meeting in person but other Philippine human-rights advocates are scheduled to be there. “President Duterte is scaling up the same ‘playbook’ that he utilized as mayor of Davao City for 23 years. He was unable to make Davao drug-free by pursuing this approach, yet he is convinced that it will create tangible results by applying the same on a national basis,” Chito Gascon, chair of the Philippine Commission on Human Rights, said in a statement. 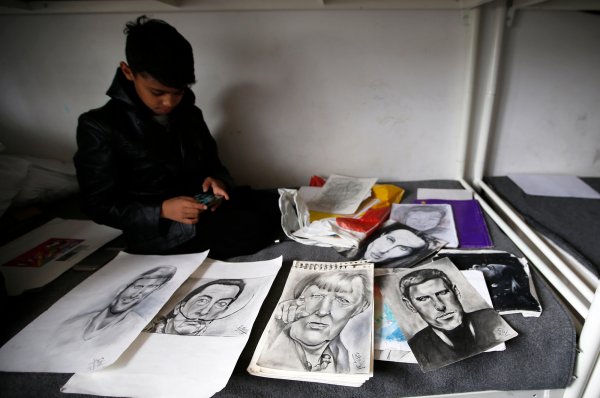