Riding in an elevator used to be dangerous business — until Elisha Otis, of Otis Elevator Company fame, invented a device that could prevent a passenger elevator from falling if its rope broke. It debuted precisely 160 years ago at the E.V. Haughwout and Company store in Manhattan on March 23, 1857.

Otis had demonstrated how it worked a few years earlier in a dramatic demonstration at America’s first world’s fair at the Crystal Palace (now Bryant Park) in New York City. He rode the platform high in the air and ordered the rope cut. The crowd cheered.

“A model of engineering simplicity, the safety device consisted of a used wagon spring that was attached to both the top of the hoist platform and the overhead lifting cable,” wrote Joseph J. Fucini and Suzy Fucini in Entrepreneurs: The Men and Women Behind Famous Brand Names and How They Made It, as quoted by The American Society of Mechanical Engineers. “Under ordinary circumstances, the spring was kept in place by the pull of the platform’s weight on the lifting cable. If the cable broke, however, this pressure was suddenly released, causing the big spring to snap open in a jaw-like motion. When this occurred, both ends of the spring would engage the saw-toothed ratchet-bar beams that Otis had installed on either side of the elevator shaft, thereby bringing the falling hoist platform to a complete stop.”

Not surprisingly, the invention of this type of elevator was a product of the industrial revolution, at time when manufacturers simply “had to move more product,” says Patrick Carr, who used to run the Elevator Historical Society in Queens, N.Y.

The device “transformed real estate in America,” he says,” because prior to the safe elevator coming along, the cheapest rent you could get was the top floor of the building. Now, away from animal smells and noise, it had become the most expensive.”

Before the Otis safety elevator, previous passenger elevators had been installed in England in the 1830s and America in the 1840s, though the hemp ropes that held the elevators up would often break and kill passengers. In 1852, the first more stable ropes made out of wires were introduced. The first manufacturer of a moving platform in the U.S. appears to have been Henry Waterman in New York.

Otis, however, never got to see his invention in action: he died on April 8, 1861, nearly three months after the U.S. Patent Office granted this “Improved Hoisting Apparatus” a patent on Jan. 15, 1861. 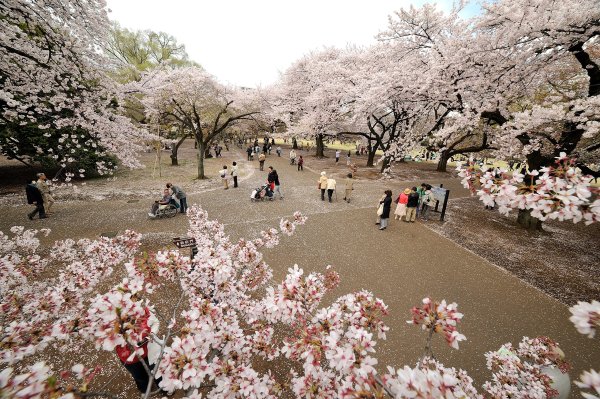 The Surprising History of Cherry Blossoms
Next Up: Editor's Pick