Fourteen million people would lose health insurance by 2018 under the new Republican plan to replace Obamacare, according to a long-awaited Congressional Budget Office report, a dramatic increase that would shake up the American health care system.

The numbers released on Monday afternoon further complicate the Republican Party’s messy effort to repeal and replace the Affordable Care Act, and will likely increase doubts about the replacement’s viability.

The Republican plan, called the American Health Care Act, would dramatically reduce the amount of federal assistance for low-income Americans to purchase healthcare. It would also freeze the expansion of Medicaid under Obamacare and cap spending on Medicaid enrollees. Both measures would result in Americans losing health coverage, according to the CBO.

The agency projected that the numbers would only grow, with 21 million losing insurance by 2020, when Trump runs for re-election, and 24 million by 2026.

The replacement would also reduce federal deficits by $337 billion over the next ten years, a reward for conservatives and deficit hawks who have called for the federal government to reduce spending.

In addition, average health care premiums would rise in 2018 and 2019 by 15% to 20% for single policyholders, though premiums would then begin to fall in 2020 and afterwards, according to the CBO. But by 2026, average premiums would be 10% lower than they are today, due to the elimination of insurance requirements.

The CBO is a nonpartisan government agency that analyzes the effect of legislation on the budget and the economy. Policymakers have long relied on the office to forecast the impacts of Congressional action.

In the hour after the CBO estimates were released, Democrats lambasted the bill, saying it would kick Americans off health insurance and increase costs. “The CBO score shows just how empty the president’s promises, that everyone will be covered and costs will go down, have been,” said Senate Minority Leader Chuck Schumer. “This should be a looming stop sign for the Republicans repeal effort.”

The White House quickly pushed back against the CBO report.

“We disagree strenuously with the report,” said Health and Human Services Secretary Tom Price. “We believe that our plan would cover more individuals at a lower cost and give them the choices that they want.”

As for the CBO forecast of 14 million more uninsured next year, “it’s virtually impossible for that number to occur,” Price said.

But House Republicans embraced parts of the report as true. “When people have more choices, costs go down,” said House Speaker Paul Ryan. “That’s what this report shows.”

Republicans have insisted that Obamacare must be replaced, pointing to steeply rising insurance premiums, particularly in rural counties. “This report by the CBO confirms that this first phase of health care reform, the American Health Care Act, uses conservative and free-market principles that will empower Americans with access, choice, and affordability,” said House Majority Leader Kevin McCarthy.

Over the last week, Republicans have criticized the CBO, saying it would not provide an accurate forecast of the law. “If you’re looking to the CBO for accuracy, you’re looking in the wrong place,” White House Press Secretary Sean Spicer told reporters last week. Gary Cohn, the White House chief economic adviser, called the CBO’s analysis “meaningless” in an interview with Fox News Sunday.

But in the past, Trump has frequently relied on the CBO estimates to criticize President Obama. The director of the CBO, Keith Hall, is a conservative economist who worked for the White House Council of Economic Advisers and the Bureau of Labor Statistics under President George W. Bush. The current Health and Human Services Secretary Tom Price praised Hall when he was appointed.

The expected reduction in the number of the insured is due to a number of factors, according to the CBO and health policy experts.

First, the Republican replacement for Obamacare provides significantly less assistance for low-income people to buy insurance. Without help buying insurance, many will be forced out of the market.

Third, and most importantly, the Republican plan freezes the expansion of Medicaid under Obamacare, meaning that states that expanded the program will not be able to accept new enrollees in 2020. That means that people will eventually drop out of the program, increasing the size of the individual market, and the total number of people who will not have insurance. It also caps the amount of money that can be spent on Medicaid recipients, and some states would discontinue their expansion of Medicaid eligibility.

Still, Republicans are likely to point to the predicted drop in insurance premiums by 2026. The 10% drop in insurance premiums by the CBO would be due to looser regulations on plans: Under Obamacare, insurance companies are required to provide generous benefits, but Republicans would repeal those regulations. That means some plans would be skimpier, but cheaper, giving people more choice.

Republicans will frame the bill as a choice: with the repeal of the individual mandate, consumers will be able to choose whether or not to buy health care. But as leadership in the House moves forward, the large increase in uninsured—24 million more uninsured in ten years—will be difficult to avoid. 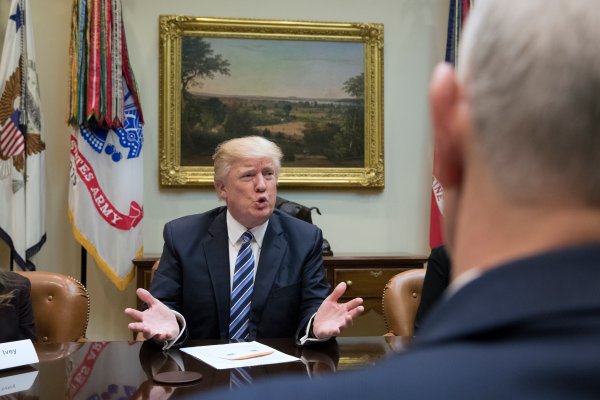