President Donald Trump speaks by phone with Chancellor of Germany Angela Merkel in the Oval Office of the White House, January 28, 2017 in Washington, DC. Merkel's meeting at the White House has been postponed to Friday March 17 because of weather.
Drew Angerer—Getty Images
By Alana Abramson

Merkel and Trump were scheduled to meet on Tuesday, March 14. The two spoke by phone and agreed it should be postponed to Friday, said Spicer. Thousands of flights have already been cancelled ahead of the snowstorm.

The President has been critical of Merkel’s willingness to bring refugees into Germany in the past; he tweeted in December 2015 that she was “ruining the country.” Shortly after Trump’s first immigration ban, Merkel got on a call with Trump to “explain the obligations of the refugee convention to the new president,” according to the Guardian. While a press release for the call did not mention the ban, it did mention NATO and an intention to “deepen bilateral relations in the coming years,” the Guardian reported.

Trump is also interested in Merkel’s advice on how to approach working with Russia, including Russian President Vladimir Putin. 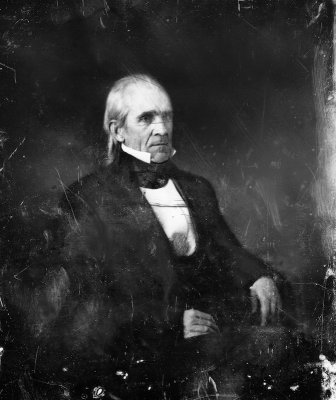 10 Deaths That Could Have Changed American History
Next Up: Editor's Pick