What is a Nor'easter? East Coast Braces for Winter Storm Stella

A winter storm this week could bring more than a foot of snow to parts of the Northeast — in other words, a nor’easter.

According to the National Weather Service, a nor’easter is a storm that affects North America’s East Coast, nearly always bringing heavy rain or snow as well as gale-force winds directed from the northeast. As the name suggests, nor’easters typically move toward the northeast as they develop, often reaching peak intensity near New England and Canada’s Maritime Provinces.

Nor’easters — which occur most frequently between September and April — are fueled by warm air over coastal waters from the Gulf Stream meeting cold air over East Coast land, a product of the polar jet stream.

By comparison, a winter storm is a more generic term for a weather system that produces snow, sleet, freezing rain or a “wintry mix.” Unlike a nor’easter, it can occur anywhere across the country — as can blizzards. But blizzards must also meet a set of specific criteria: at least three consecutive hours of “considerable” falling or blowing snow as well as sustained winds of 35 miles per hour or greater.

The National Weather Service has issued a blizzard warning for New York City and parts of New Jersey and Connecticut, predicting 12 to 20 inches of snowfall between Monday night and Tuesday night. Winter storm warnings and watches have also been issued throughout other parts of the Northeast.

“This is a classic nor’easter,” said Jim Hayes, a meteorologist at the Weather Prediction Center. “From a strictly meteorological perspective, it’s an intensifying mid-latitude cyclone, but nobody cares about that.” He said only meteorologists would describe it that way. Nor’easter is the more colloquial term.

“Anybody who lives north of North Carolina understands what a nor’easter is,” he said.

Hayes said the concept of a nor’easter can be traced back to Benjamin Franklin in the 1700s. Franklin had hoped to watch a lunar eclipse from Philadelphia in 1743, but a storm moved in, and clouds blocked his view. He assumed his brother in Boston, to the northeast, would have fallen victim to the storm first and would also have been unable to see the eclipse. But he later learned that wasn’t the case; his brother saw the lunar eclipse before the storm reached Boston. While the winds were blowing from the northeast, the storm was moving from the southwest, enabling Franklin to conclude that storms can move in a direction opposite their winds — as nor’easters do. 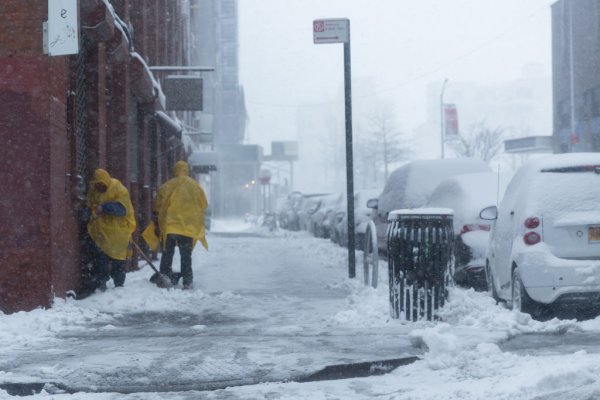