Brazil’s President Moved Out Because of ‘Ghosts’

Speaking to Veja, a Brazilian news weekly, Temer and his 33-year-old wife Marcela apparently found the Alvorada Palace— designed by the late Brazilian architect Oscar Niemeyer— spooky. “I felt something strange there. I wasn’t able to sleep right from the first night. The energy wasn’t good,” Temer reportedly said.

“We even started to wonder: could there be ghosts?” the 76-year-old told Veja, in an article published on March 11.

Only Temer’s son, Michelzinho, liked it.

It was reported earlier in March that Temer had moved out of the glass-fronted Alvorada and returned to the nearby Jaburu Palace, which was Temer’s residence while he served as vice president to Dilma Rousseff, who was impeached in 2016.

The news of the move comes as Brazil struggles with a severe political crisis, caused by an ongoing corruption scandal into many of the country’s political elite. 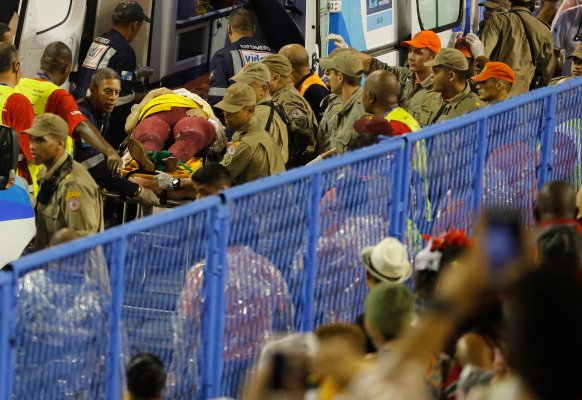 At Least 20 Hurt in Float Crash at Rio's Carnival
Next Up: Editor's Pick