A diplomatic row between several European countries and Turkey over the staging of pro-government rallies by expatriate Turkish communities has widened, with Denmark canceling the Turkish prime minister’s visit over the weekend, and Turkey formally protesting to the Netherlands.

Lars Lokke Rasmussen, the Danish Prime Minister, proposed Sunday to delay a visit by Binali Yilderim, his Turkish counterpart, given the escalating feud between the Netherlands and Turkey. The trip had been planned for later this month.

“With the current Turkish attacks on the Netherlands the meeting cannot be seen separated from that,” he was quoted as saying in an official press release. “I have therefore proposed to my Turkish colleague that the meeting will be postponed.”

Rasmussen also weighed in on the back-and-forth between Ankara and Amsterdam in no uncertain terms. “The characterization of the Western democracies and the current rhetorical attacks against the Netherlands by Turkey means that a meeting right now would be interpreted as if Denmark is viewing developments in Turkey more mildly,” he continued, “which is not at all the case.”

After Erdogan called the Netherlands “a banana republic” and claimed that “Nazism is alive in the West” over the latter’s refusal to let two of his ministers hold rallies in the country, Dutch Prime Minister Mark Rutte blasted the remarks as “unacceptable,” while Germany’s foreign minister hoped Ankara would “return to its senses.”

The rallies were intended to shore up support from the overseas Turkish population for a constitutional referendum, slated for April, that would give Erdogan sweeping new powers as president.

Similar rallies have also been blocked in Germany and Austria, although one in the eastern French city of Metz has gone ahead as planned, reports the Associated Press.

Meanwhile, Turkey summoned the top Dutch diplomat in the country to lodge a formal complaint Monday. According to AP, Ankara accused the Netherlands of using “disproportionate force” against “people using their right to peaceful gatherings” at a rally in Rotterdam over the weekend, and says it subjected Turkish nationals to “inhumane and derogatory” treatment.

Turkey is also seeking an apology from the Netherlands over what it says are practices contravening diplomatic norms. After refusing to let Turkish ministers hold rallies, Dutch authorities reportedly escorted the Turkish minister for family affairs out of the country, while denying the foreign minister permission to land.

The row first started last week, when Germany refused to let a Turkish minister address a rally in support of Erdogan and the proposed changes to the Turkish constitution. Erdogan compared the denial to “Nazi practices of the past” — comments roundly condemned by German chancellor Angela Merkel as “unjustifiable,” reports CNN.

Turkey isn’t the only party with imminent ballots involved in this entanglement, as the Netherlands prepare to go to the polls on Wednesday. While anti-immigration populist Geert Wilders looks set to leave his mark in the country’s political landscape, Dutch political scientist Andre Krouwel told AP that Rutte may yet benefit from the standoff, which could bolster his image as a tough leader. 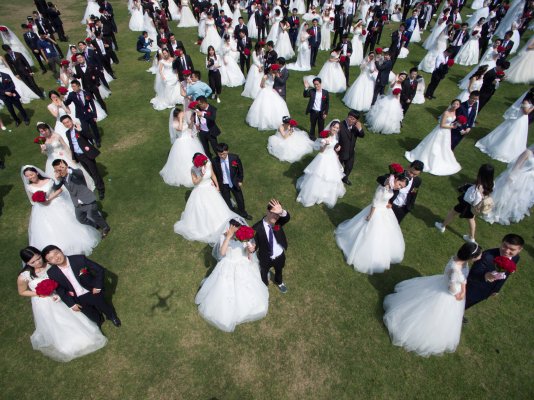