A car damaged by a bus lies on the side of a road on March 12, 2017 in Gonaives, 90 miles northwest of the capital Port-au-Prince.
Hector Retamal—AFP/Getty Images
By Ryan Kilpatrick

Thirty-eight people were killed in northern Haiti on Sunday after a bus fleeing a hit-and-run accident plowed into dozens of nearby street musicians.

A further 13 pedestrians were injured as the coach sped away from the scene of the initial accident, in which the vehicle hit two pedestrians, killing one, AFP reports.

Police responding to the accident had to control an angry crowd that tried to burn the bus with the passengers still inside.

Despite initially saying that they had detained the bus driver, local authorities later admitted that he had fled the scene and that they were still trying to identify him.

The cause of the crash, which occurred on a straight and un-potholed stretch of national road in the city of Gonaives, is not known. According to AFP, drivers in the Caribbean nation often speed away after traffic accidents, fearing reprisals from groups of locals out for vigilante justice. 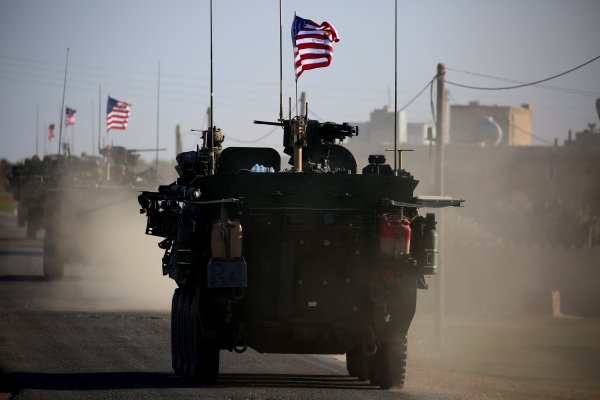 Is the U.S. Headed for a Quagmire in Syria?
Next Up: Editor's Pick