A jury on Friday found two men guilty of conspiracy and acquitted two others in a trial over the 2016 armed standoff at an Oregon wildlife refuge.

All four men were part of a group of anti-government protesters who seized the Malheur National Wildlife Refuge headquarters in January 2016 in a high-profile protest over federal ownership of public lands.

The jury found Jason Patrick and Darryl Thorn guilty of conspiring to prevent federal workers from doing their jobs at the refuge, the Oregonian reported. They face up to six years in prison, according to the Associated Press.

The jury found Duane Ehmer and Jake Ryan not guilty of conspiracy, but convicted them of lesser charges.

In October, seven defendants — including Ammon and Ryan Bundy, who led the wildlife refuge takeover — were acquitted of federal conspiracy and weapons charges related to the occupation. 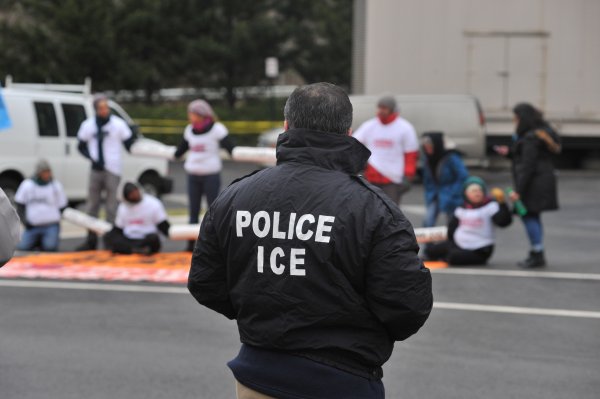 ICE Officer Convicted of Accepting Bribes and Sex for Immigration Documents
Next Up: Editor's Pick