Why It's So Hard to Save Coral Reefs

The fight to save coral reefs just got more complicated. New research found that even if humans succeed in protecting reefs from pollution and overfishing, global warming will still pose a deadly threat.

Researchers behind the study, published in the journal Nature, evaluated data from several previous bleaching events — a phenomenon that causes corals to lose their color and often die — in the Great Barrier Reef. The bleaching events examined in the study were largely driven by increases in water temperature, and the research found that local efforts to support the reefs by improving water quality and stopping overfishing failed to improve the reefs’ chances of survival. The results underscore the importance of fighting global climate change to protect coral reefs, researchers say. Indeed, coral reefs could be doomed if temperature rise continues on its current trajectory.

“Bleaching is now the new normal,” says study author Terry Hughes, director of the ARC Centre of Excellence for Coral Reef Studies. “We absolutely have to address rising sea temperatures. Just doing things locally is not going to work.”

A number of factors — including high temperatures, water pollution and overfishing — can cause corals to bleach and, eventually, die. Three global mass bleaching events have occurred in the last two decades, the most recent and devastating beginning in 2014 and lasting more than two years. Scientists have attributed all of those events to high temperatures tied to man-made climate change and say they expect such events to increase in frequency and severity.

Protecting reefs in the face of global warming has flummoxed scientists and policymakers, with many concluding that a significant share of the world’s reefs will inevitably disappear. Research published earlier this year found that more than 75% of reefs will experience annual severe bleaching by 2070 even if countries meet their pledges to reduce greenhouse emissions made under the Paris Agreement on climate change.

Read More: The Great Barrier Coral Reef Is Dying Faster Than Ever

Researchers behind the study say local reef protection measures still play an important role in saving corals, even if those programs do not protect against climate change. Destruction of the ocean ecosystem from pollution or overfishing can kill corals as effectively as warm temperatures.

The dire reality has led a group of scientists unaffiliated with the new study to focus on conserving a select few reefs that research shows can most easily be saved — a form of insurance policy against worst-case-scenario climate change. Researchers behind the project, known as 50 Reefs, will identify the reefs most resilient to climate change and work with local officials to develop plans to protect them.

“We can no longer hide away from the grave reality of this situation,” says Ove Hoegh-Guldberg, a marine science professor at the University of Queensland. “We are going to lose another 90% of coral reefs. That remaining 10% becomes hugely important for recovery.”

But identifying a few reefs to target troubles Hughes and some others who say it’s too soon to give up hope on stemming warming. “If temperatures keep rising through business as usual emissions, we’ll see bleaching on most reefs around the world,” he says. But “we still have a narrowing window of opportunity to save all of the coral reefs.” 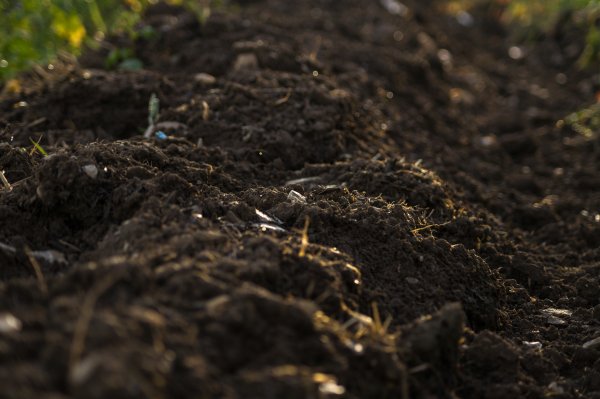 Why Soil Could Make Climate Change Worse Than Scientists Thought
Next Up: Editor's Pick