If You Want to Lose Weight, Don't Eat Out

Restaurants are the number-one place to sabotage your diet, according to new research that will surprise no one who’s ever tried to lose weight while eating out.

The year-long study, which was presented at a recent meeting of the American Heart Association, offers insight into tempting foods and the behaviors they trigger. By using a smartphone app, researchers followed 150 overweight people who were trying to stick to a weight-loss plan throughout their daily lives. The people in the study, most of whom were women, checked in up to five times a day and reported where they were, who they were with and whether they had strayed from their eating plan (or were tempted to do so.)

The dieters were also asked to log in anytime they ate (or considered eating) foods or portion sizes they knew were inconsistent with their plan.

People had about a 60% chance of succumbing to those temptations at restaurants and when they were around others who were eating. Their odds of lapsing at work or in the car were lower, about 40% and 30%, respectively.

“You might think that everybody knows they’re at higher risk when they go into a restaurant, but people go out into these toxic environments and they forget,” says lead author Lora Burke, professor of nursing at the University of Pittsburgh.

People may also see eating out as an excuse to take a break from their diet, she adds. “We remind people that it’s not a diet they can go on and off; it’s a lifestyle,” she says. “It’s okay if they want to go out Friday night and eat wings, but then they need to cut back on Thursday and Saturday.”

Eating at home was a safer bet, though not a foolproof one. People reported fewer food temptations in their homes and those of their friends than they did in restaurants. But when those temptations appeared, people gave in nearly 65% of the time. Even when they were completely alone, people were still likely to lapse about half the time.

Burke says there aren’t yet any commercially available smartphone apps that collect and analyze this type of data for the general public. But such a tool could be valuable for helping people learn and adapt to their diet-related weaknesses, she adds.

“We can go to an individual and say, ‘These are the high-risk situations you’re vulnerable to, so you need to keep your guard up and practice strategies for sticking with your plan,’” she says. “We could even intervene by sending a message right back to them when they need it, reminding them of why they may need to work really hard.”

Measuring diet in the moment may also provide researchers with data that’s more detailed and accurate. “When we ask people to recall what they ate and how they felt, there are a lot of biases and problems remembering,” says Burke. “This way, we can be there as people are going through weight-loss challenges and find out exactly what they’re feeling, and when.” 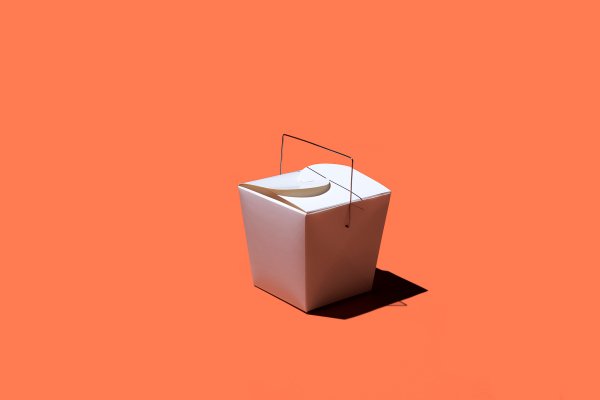 If You Want to Lose Weight, Don't Eat Out
Next Up: Editor's Pick