Wednesday was International Women’s Day and I decided to honor the occasion in a couple of different ways.

On that day, I went to see my daughter perform the role of “JoJo” in the musical “Seussical” at her school. How apropos she just happened to sing the song “It’s Possible.” If you know the lyrics, they’re quite inspirational, in part saying, “It’s possible… Anything’s possible!”

Fitting words of encouragement for young girls about to enter the world of high school, college and then, of course, the real world.

The other way I paid tribute to women this week was to travel to Washington D.C. to meet with some of our nation’s leaders in Congress in order to work together and promote change on issues that affect so many women: sexual harassment in the workplace and forced arbitration clauses that keep so many women (and men) silent.

There are bills being introduced on the Hill to change that.

I plan to change that.

I never expected to become the face of this issue, but once given a mission, I rarely back down. Much of my inspiration has come from you — the thousands of women I’ve heard from all across the country. You’ve bravely told me your stories and I have encouraged so many of you to find within yourselves the same strength that I did to come out of the shadows, take a stand, and say enough is enough.

The movement is gaining momentum. In the past month, we’ve learned that women at Sterling Jewelers, Tesla and Uber are joining the legions of others in alleging harassment and discrimination at work. (Uber’s CEO Travis Kalanick has called the allegations “abhorrent” and ordered an “urgent” investigation into the claims. Tesla said in a statement to TechCrunch that an independent investigator found the claims to be unsubstantiated. And David Bouffard, a Vice President at Sterling Jewelers’ parent company’s, said, “We have thoroughly investigated the allegations and have concluded they are not substantiated by the facts and certainly do not reflect our culture,” reports USA Today.)

The floodgates are opening.

And still, so many women are being silenced by employers who force them into a secret star chamber proceeding called arbitration. By coercing women to remain silent about illegal behavior, the employer is able to shield abusers from true accountability and leave them in place to harass again.

The arbitration process — often argued to be a quicker and cheaper method of dispute resolution for employees —instead has silenced millions of women who otherwise may have come forward if they knew they were not alone.

But this issue also affects men like Kevin Ziober, a Navy reservist, who claimed his company fired him in 2012 when he told his bosses he was being deployed. There is a federal law that’s supposed to keep companies from retaliating against deployed members of the military, but when Ziober sued, all of the courts thus far have ruled his case needs to go to arbitration because it was in the employment contract he signed. (Ziober’s former employer, BLB Resources, says he was fired for reasons unrelated to his deployment, according to the Military Times.)

Let me be clear. This is not a partisan issue. Harassers cross party lines and really don’t care if you’re a Republican, Democrat or Independent. So with all the division in our country right now, aren’t we all Americans? Americans who believe that victims of harassment should not be forced to give up the protections established by the Seventh Amendment, which guarantees all citizens the right to a jury trial in an open court.

Trust me. No one starts a job expecting to get into a dispute. We start jobs with the hope and excitement of a new beginning. The argument that victims of harassment have “agreed” to give up their Constitutional rights, when they are compelled sign an employment contract with an arbitration clause is ridiculous. When employers make arbitration clauses mandatory in contracts, they insist that employees’ waive their rights as a condition of getting the job.

I suspect that hundreds of thousands of American workers have no idea if their employment contracts contain arbitration clauses or that such clauses may prevent them from suing in court if they are sexually harassed or retaliated against for complaining about workplace discrimination.

According to the National Employment Lawyers Association, in 2010 36 million employees — or roughly a third of the non-union workforce — were subject to mandatory arbitration for workplace disputes.

And employees fare much worse if they actually find themselves in arbitration. According to Alexander Colvin’s 2011 Cornell University study that examined the results of workplace arbitration using data from the American Arbitration Association, the employee win rate was only 21.4% — a figure that is lower than employee win rates in employment litigation trials.

Harassment not only damages women and their families — it’s bad for business. Men who engage in harassment are not fully concentrating on their jobs — and women who are harassed cannot perform at their best. Overall, it affects the bottom line.

Let’s work together to change this. Let’s get bipartisan support for the bills being introduced on Capitol Hill. Let’s take sexual harassment in the workplace out of the shadows and into the light of day. Let’s give a voice to those who have been voiceless. Together, we can speak up, stand up and create a safer and more productive work environment. 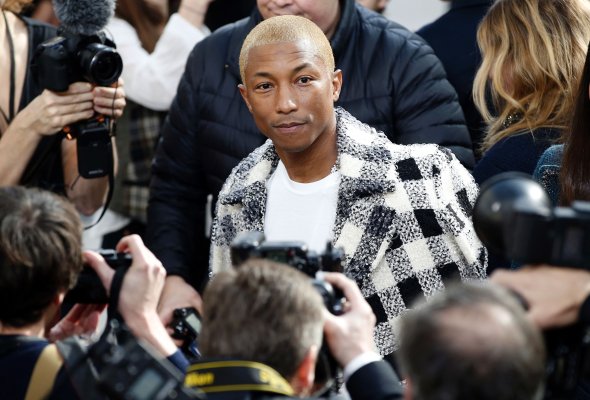