The Best Media Streaming Devices You Can Buy Right Now

With over-the-top television services like DirecTV Now, Playstation Vue, and Sling TV gaining popularity, the great unbundling is upon us — and it’s now easier than ever to dump your cable subscription for shows delivered via the Internet.

But in order to watch your favorite online programs on a big screen, you’ll probably need a streaming media device (unless you have a smart TV or a games console.) Improving all the time, these media streaming devices can connect you to everything from Amazon Video to YouTube TV, with apps and games added to the mix, too. One caveat: Even if you cancel cable TV, you’ll still need to pay for Internet service to use these.

Affordable and easy to use, the Amazon Fire TV can do a lot for your living room for little money.

The 4K-compatible streamer obviously connects with Amazon’s online video and rental store. And Amazon Prime members not only get the added perk of thousands of movies and television shows for free, but they can also subscribe to online channels like HBO Now, Showtime, and many others through the box, which has an ecosystem of more than 7,000 apps, including the usual suspects like Netflix and Hulu. Sling TV is also available if you want to bring live television to the mix.

This is all standard fare for streaming boxes, but where the Fire TV ups its game is with its Alexa Voice Remote, which not only lets you search for content via voice control, but also brings Amazon’s Alexa assistant technology into your living room. Considering the Alexa-enabled Amazon Echo Dot costs $49, the $89 Fire TV — with its video streaming capabilities — is a heck of a deal. (A cheaper and still worthwhile option is available in the form of the $40 Amazon Fire TV Stick.)

The grizzled veteran on this list, Apple TV (starting at $149) has been in the television game for nearly 10 years now (really!), and if recent software developments are any indicator, the best is yet to come for this little black box.

With apps aplenty, some of the best non-console games going, and the Siri voice assistant packed into the remote control, the latest Apple TV has plenty of features to bring your television into the future. Perhaps the smartest is Apple’s new TV app, which pulls shows and movies from a wide swath of apps into one interface, making it much easier to find your favorites.

There are, however, a couple of caveats worth mentioning. First, unlike the other streaming boxes on this list, Apple TV it doesn’t output in 4K. That’s a downer if you spent a bunch of money on a shiny new 4K television. Second, other programming heavyweights aren’t playing by Apple’s rules, which means Netflix and others aren’t participating in the TV app, there is no Amazon Video app whatsoever, and Xfinity isn’t taking part in Apple TV’s Single Sign-on feature, a great system that lets cable subscribers log into the box just once to access all sorts of streaming content.

A little dongle that hangs out of one of your television’s HDMI ports, Google’s Chromecast Ultra packs a lot of motion picture punch, displaying all sorts of streaming services in 4K and HDR, for just $69.

The reason it’s so inexpensive compared to other devices on this list is that a lot of what Chromecast does begins on your smartphone or tablet. Rather than having a menu, apps, and a remote control, Google’s Chromecast works by pairing with the “cast” feature on Android phones, equipped apps (even on iOS), and in the Chrome web browser. Casting basically lets your phone, an app, or Chrome hand-off the streaming video file’s web address to the Chromecast. It’s a neat trick, and all the big name streaming apps are on board.

But there is a downside to this streamlined streamer: When you’re watching a show, your phone or tablet becomes your remote control. So don’t lose it!

A streaming box designed with gamers in mind, the Nvidia Shield Pro takes a spec-driven approach to the over-the-top concept. The result is a high-powered device packing Nvidia’s Tegra X1 processor, which is able to not only handle pretty much any app you can throw at it, but it can also stream PC games from a computer or over the Internet via Nvidia’s $7.99/month Geforce Now streaming game service.

With Amazon Video, Netflix, and Vudu available out of the box, the Shield can also connect you to pretty much anything you want to watch. Running Android 7.0, the device also has access to the Google Play store for more apps, music, movies and television downloads. Also, you can cast to it like a Chromecast, and it outputs 4K HDR video as well.

Hardware-wise, the Shield provides some next-level peripherals, like a voice-search equipped remote and a game controller that also has voice support. But this is no average joypad. With vibration feedback and a 60+ hour battery, it’s a high-quality controller.

And as you might suspect, the $299 streamer really earns its stripes when it comes to memory. With 500FB of onboard storage, it’s got a lot of room for downloads — and for doubling as a Plex media server.

The first company to stream video from the web to a set-top box, Roku is no slouch when it comes to innovation, as its feature packed Roku Ultra adeptly demonstrates. The $129 4K streamer can output video with HDR color, comes preloaded with all the apps you’d ever want to use, and can connect you to more than 450,000 movies and television shows.

As wonderful as all that sounds, the real magic in this Roku box is in its remote. Featuring voice search functionality, the controller has a point-anywhere interface that makes picking apps a breeze, a headphone jack for watching television without disturbing others, and a speaker blurting out lost remote alerts. Those features might not sound like big deals, but they turn out to be pretty nice to have.

A surprise entry that’s not typically included in the streaming box discussion, TiVo’s Roamio OTA is a strong contender for best streaming box because it can hook you up with something no other box can: free, over-the-air television. Eschewing TiVo’s standard monthly subscription fees for a $399 price tag, the Roamio OTA can play live network television, record broadcasts of your favorite shows, and stream from popular services like Netflix, Amazon Video, and Hulu.

While the over-the-air recording of networks might seem, on the surface, to not be worth the cost of the box, a closer examination of the reality of the streaming landscape reveals otherwise. In order to log in to apps from ABC, FOX, and NBC, you’ll need to have a cable-provider login, credentials that can easily cost north of $30 per month. (CBS isn’t on that list because that network charges a separate monthly for its streaming shows.) And once you do log in, you’ll be forced to watch the commercials. TiVo has long offered the ability to skip commercials, and newer features, such as QuickMode, which speeds up content so you can watch shows 30% faster, perfect for power users. 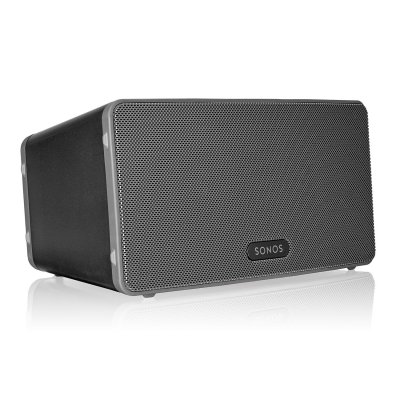 Here's a Rare Discount On Sonos Smart Speakers
Next Up: Editor's Pick