A giant, eight-meter statue thought to depict Pharaoh Ramses II, who ruled Egypt from 1279 to 1213 BCE, has been discovered submerged in groundwater in a slum in Cairo.

Archaeologists from Egypt and Germany found the quartzite statue in the working class area of Matariya, among unfinished buildings and mud roads, Reuters reports. The location is near where the ancient city of Heliopolis was. According to archaeologists, the ancient city’s sun temple was founded by Ramses II, which further suggests that the newly-discovered statue is of the Pharaoh.

An 80cm-long part of limestone statue of Pharaoh Seti II, Ramses II’s grandson, was also discovered. Experts will now attempt to extract the remaining pieces of both statues before restoring them, Reuters reports.

If the archaeologists are successful, and the authenticities of the statues are proven, they will be moved to the entrance of the Grand Egyptian Museum, set to open in 2018. 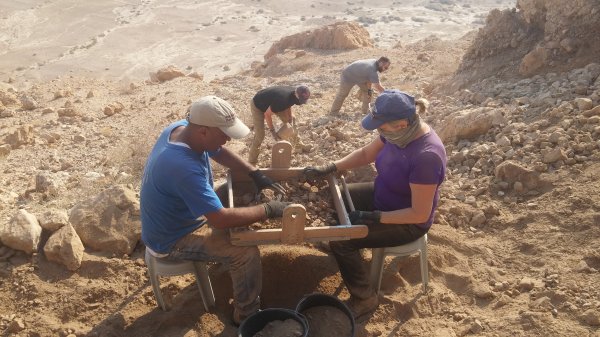