Whoever Becomes South Korea's New Leader Has Three Options for Dealing With Kim Jong Un. None Are Great

South Korea is preparing to elect a new leader just as Kim Jong Un, the North Korean dictator and the international community’s bête noire, is engaged in dangerously destabilizing behavior over the border. Over the past month, North Korea has fired a slew of rockets into waters to which Japan has commercial rights, and orchestrated the assassination of Kim Jong Nam using a deadly nerve agent.

The assassination of Kim Jong Un’s estranged half-brother was a shocking reminder of the brutality of a dynasty that has ruled North Korea since 1948. But for South Korea and the wider world, it is Pyongyang’s escalating nuclear and missile tests that represent the gravest threat.

On Friday, South Korea’s Constitutional Court formally endorsed the impeachment of the country’s first female President, the now deposed Park Geun-hye, following a massive corruption scandal. Elections must take place within 60 days, and there are calls for her successor to break with Park’s tactic of isolating Kim Jong Un and to instead adopt a softer, more engaging approach to the regime.

The stakes are high. Pyongyang has tested five nuclear weapons to date — the fifth coming despite unprecedented U.N. sanctions in response to the fourth test. Experts believe the regime is now just four or five years from an intercontinental ballistic missile (ICBM) capable of hitting the U.S. mainland. Kim Jong Un isn’t coy about that being his ultimate goal, boasting last April that his nation “can tip new type intercontinental ballistic rockets with more powerful nuclear warheads and keep any cesspool of evils in the earth, including the U.S. mainland, within our striking range.”

North Korean bad behavior is even alarming its historic, though increasingly reluctant, ally China. On Feb. 20, Beijing stopped imports of North Korean coal — the Kim regime’s main hard-currency generator — for the rest of the year. On Wednesday, Chinese Foreign Minister Wang Yi called for Pyongyang to stop nuclear and missile tests, and in return for Washington and Seoul to nix their joint military drills, which Pyongyang sees as rehearsals for an invasion.

“This suspension-for-suspension can help us break out of the security dilemma and bring the parties back to the negotiating table,” Wang told reporters. (In Washington, acting U.S. State Department spokesman Mark Toner rejecting the suggestion, saying: “At this point we don’t see it as a viable deal.”)

China proposals are mainly prompted by the rollout of the U.S. THAAD antimissile system in South Korea. Seoul and Washington say the system is directly to guard against the North’s provocations, but Beijing is affronted by the presence of such a sophisticated American missile system so close to its own territory.

Whether to continue deploying THAAD and conducting joint military exercises — and how to deal with the Kim regime more generally — are decisions that will fall to the new South Korean President. There are essentially three strategies on the table:

A military response against North Korea is considered a last resort because of Pyongyang’s ability to catastrophically retaliate against the South Korean capital and other urban centers. Bristling batteries of conventional artillery are trained on Seoul — which lies less than 60 km from the DMZ — and would cause considerable loss of life and damage. (The greater Seoul area is home to half of all South Korea’s 50 million people.)

Technically, it would be simple to hit up to 90% of North Korea’s missile and nuclear-testing grounds within 30 minutes, says Ryan Barenklau, the CEO of Washington, D.C.–based think-tank Strategic Sentinel. “Most of North Korea’s technology is old Soviet tech and more than half doesn’t even run effectively,” he says.

But while the regime doesn’t yet have an ICBM, experts believe Kim Jong Un does have around 15 nuclear bombs and there are no guarantees that all of these could be struck preemptively. One or two would be all Pyongyang would need to unleash unthinkable destruction — attaching a nuclear warhead to the end of a conventional rocket and firing it at South Korea or Japan, or simply loading it onto a fishing boat and detonating it in the harbor at Incheon, South Korea’s main port. With a bit of planning, a sea-based nuclear attack could even target the U.S. West Coast.

“It’s almost guaranteed that North Korea would at least attempt to fire a nuclear weapon at South Korea or Japan in the event that they were attacked,” says Barenklau.

China’s fury is another deterrent. Beijing remains vehemently opposed to regime change in the buffer state of North Korea, fearful of both a flood of refugees across its border and a united, U.S.-allied Korean Peninsula ruled from Seoul. “Russia and China won’t let the U.S. launch any strikes against North Korea sites,” says Cai Jian, an expert on North Korea at Shanghai’s Fudan University. “And Washington values peace in the region.”

At the same time, new U.S. President Donald Trump has repeatedly said that his Administration would not let North Korea develop an ICBM. “If North Korea tries to test one, that might be a ‘red line’ [for Trump],” says Barenklau.

Dennis Rodman’s sojourns in North Korea with the basketball-loving Kim Jong Un sparked hope of “hoop diplomacy,” while on campaign trail Trump said he would meet Kim “for a hamburger” and vowed to cut a “good deal” with the 33-year-old. “I would speak to him,” the then Republican candidate told Reuters.

Many in South Korea feel the same. Engagement has been tried before, of course, most notably during the so-called Sunshine Policy of former South Korean President Kim Dae-jung, which ran between 1998 and 2008. Kim Dae-jung’s policy led to a summit in 2000 with North Korea’s then leader Kim Jong Il — father to both Kim Jong Un and Kim Jong Nam. It was the first such meeting, for which the South Korean leader won the Nobel Peace Prize. However, continued hostile behavior by the North, plus revelations that some $150 million of South Korean state funds were paid to Kim Jong Il to take part, have since clouded the Sunshine Policy’s legacy.

Still, the Sunshine Policy did help start the six-party denuclearization talks — comprising North and South Korea, Japan, Russia, China and the U.S. — which ran from 2003 to 2009 before being nixed by Kim Jong Il. China has long advocated for the resumption of those talks, and Foreign Minister Wang’s proposal on Wednesday was an attempt to jump-start the process by proposing a mutually beneficial starting point for negotiations.

A “double freeze” — of Pyongyang’s tests, and of joint U.S.–South Korean war games — has significant benefits. John Delury, an East Asia expert at Yonsei University in Seoul, says it’s the best of a bad bunch of options.

“It’s not a fabulous deal for the Americans, because you’re not getting full denuclearization, you’re just getting a freeze,” he says. “But that’s better than the status quo, which is them improving their capabilities.”

At the same time, the war games do have a purpose, of course, and South Korea and the U.S. would be at a strategic military disadvantage if they are shelved. “It could be viewed as a dereliction of duty and actually make the situation more dangerous if they don’t exercise,” says Daniel Pinkston, an East Asia specialist at Seoul’s Troy University.

Their suspension would also be a huge propaganda coup for Pyongyang.

The bigger question is whether any agreement would be honored by Pyongyang. Delury is optimistic: “Kim Jong Un inherited the nuclear program and he’s trying to bring it to a conclusion. But he’s got enough at this point to say, ‘We still have our nuclear deterrent intact.’ He’s said he really wants to bring economic development to North Korea. So the shift could make sense for Kim Jong Un specifically.”

Given that China — North Korea’s only friend and responsible for 90% of its trade — would be delighted by a “double freeze,” there would be significant material benefits for the regime. However, over the decades North Korea has proved a deft manipulator, eking out the maximum possible concessions by pivoting between engagement and antagonism. For Pinkston, there is little chance of any agreement holding.

“It’s just dangerous,” he says. “They are not interested in suspending their tests and [any agreement] would be reversible at any moment. Their law, ideology, their assumptions are all viewed as morally superior. The rest of the world is decadent and inferior. Any kind of agreement with the Yankees and the imperialists — ‘bloodthirsty criminals’ — is not worth the paper it’s printed on.”

Engagement would also require turning a blind eye to affronts like Kim Jong Nam’s assassination, and may even be viewed as tacitly acknowledging the regime as a nuclear power. That would send a worrying message to other nuclear aspirants — chiefly Iran — about American attitudes to proliferation.

“It would undermine a fundamental pillar in American foreign policy to admit to the North Koreans that ‘O.K., you can have nuclear weapons, we give up,’” says Ken Gause, a North Korea analyst for the Center for Naval Analyses think tank in Arlington, Va.

The alternative to the above is the status quo: keep squeezing the regime through sanctions and diplomatic pressure until it reforms. There is a moral urgency here. According to a 2014 U.N. report, North Korean’s 25 million citizens suffer “extermination, murder, enslavement, torture, imprisonment, rape, forced abortions and other sexual violence, persecution on political, religious, racial and gender grounds, the forcible transfer of populations, the enforced disappearance of persons and the inhumane act of knowingly causing prolonged starvation” that amounts to “crimes against humanity.”

The ongoing democratization of Myanmar — until recently somewhat comparable to North Korea in brutality — also provides a glimmer of hope. There is the possibility, however remote, of a popular revolt, or that the Kims will be toppled by an elite faction, or that the regime may simply slowly rot away

The one thing that is certain is that any glasnost from Kim Jong Un is extremely unlikely. Meaningful political reform in Pyongyang would unleash pent-up desires for all kinds of freedoms from the North Korean people, leading to clamor for reunification with the infinitely richer South and naturally for the end of the Kim clan as a political force.

“The international community needs to think about playing the long game,” says Pinkston. “There’s no need to panic. North Korea is at such a disadvantage; in terms of resources the gap is huge.”

Says Christopher Green, a Korea expert at Leiden University in the Netherlands: “North Korea is a threat to South Korea in the long view, as its strategic goal is of course to reunify. But I suspect North Korea isn’t all that much of a threat to anyone else.”

Still, the worry is whether full nuclear capability will make North Korea even more prone to aggression. That is the high-stakes bet that whoever replaces Park Geun-hye will have to make. 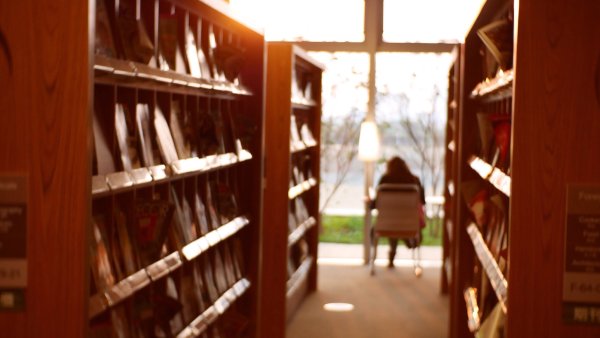 Taiwan's Need for Chinese Students 'Leading to Censorship'
Next Up: Editor's Pick