America’s Infrastructure Gets a D+ in New Report

In this June 14, 2014 file photo, inbound Kennedy Expressway traffic is diverted onto the Ohio Street off ramp at a road construction project in Chicago
Nam Y. Huh—AP
By Josh Sanburn

A new report gives the U.S. a D+ for its failing roads, dams, and bridges—the same grade it received four years ago.

The American Society of Civil Engineers released its quadrennial infrastructure report card Thursday, deeming much of the country’s infrastructure “poor” or “at risk.” The group, made up of civil engineers who would benefit greatly from infrastructure investment, estimates that $3.9 trillion will be lost in U.S. GDP by 2025 due to the country’s aging electric grids, airports, and water systems.

President Trump has pledged to invest $1 trillion in infrastructure, but the latest ASCE report estimates that it would take $4.59 trillion by 2025 to get the country up to what it considers a “B” grade, considered “adequate for now.” Norma Jean Mattei, ASCE president, says current projected local, state, and federal spending only calls for $2.5 billion, leaving a $2 billion gap.

“The decline has been slow and insidious,” Mattei says, referring to the nation’s aging public works. “We built things back in the ’30s, ’40s and into the ’50s. But we have taken a whole generation off from investing in infrastructure.”

The sector with the worst grade was transit, which got a D- due to systems that “have been chronically underfunded resulting in aging infrastructure and a $90 billion rehabilitation backlog.” Aviation, dams, drinking water, inland waterways, levees and roads all received a D grade. The best grade went to rail, which got a B in part because the ASCE said that the private freight rail industry has made significant investments in its rail network.

“Traditionally our elected officials love to cut ribbons,” Mattei says. “They love the new stuff. But I think there’s a realization that a lot of our needs are in maintenance and repair and rehabilitation.” 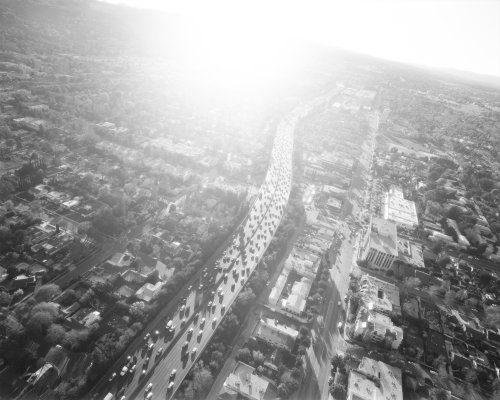 Donald Trump's Border Wall Could Cut Through Your Backyard
Next Up: Editor's Pick