Gwyneth Paltrow has credited her near-daily workouts for looking young and feeling strong, but admits she’s not always in the mood to hit the gym.

“I like feeling good, and I know I feel my best when I exercise. But it depends on the day — I definitely don’t always feel like doing it,” the actress and lifestyle guru, 44, tells Women’s Health in the April issue. “I’ve made it a habit, just like brushing your teeth. That’s how you have to look at it.”

Paltrow swears by the Tracy Anderson Method for keeping in shape.

“I’ve been a Tracy Anderson fanatic for over a decade, I’m an investor in her company, so yeah, I go every morning,” she says. “I drop the kids at school, work out, go to work.”

In addition to a disciplined workout regiment, Paltrow sticks to a pretty clean diet to stay feeling her best. However, she lets herself indulge when she wants to.

“I have a pretty healthy diet, so when I’m eating processed foods and not watching my alcohol intake, I feel it. But at the same time, you want deliciousness, you want a fun — pleasure!” she says. “You’re going to have a baguette-and-cheese-and-red-wine frenzy sometimes, but you want it to be a choice you’re awake to: ‘I know this might not make me feel great, but today I’m choosing it anyway.’ ”

Paltrow also spoke to the magazine about how she deals with being judged.

“When someone doesn’t like something you do, or doesn’t share your interest in something, that doesn’t have anything to do with you,” she says. “One of the best things someone ever said to me was that the only time criticism hurts is if you have a judgment about yourself about that very thing.” 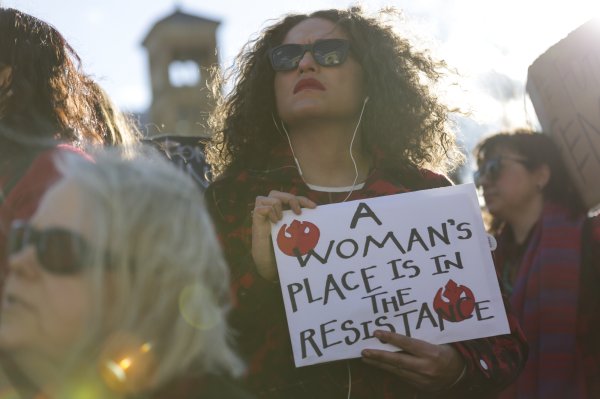 You Don't Have to Protest to Make a Difference in Challenging Times
Next Up: Editor's Pick