In honor of the introduction of Republicans’ replacement healthcare plan this week, Stephen Colbert took to Wednesday night’s Late Show to break down the bill and the political response.

“Welcome to day three of healthcare plan two: repeal and revenge,” he opened. “It took the GOP forever to release this thing. They are like the George R.R. Martins of healthcare,” he joked; the Game of Thrones author is a notoriously slow writer, with readers waiting for six years now for his latest book. “And just like in Game of Thrones, a lot of your favorite characters are going to die without warning,” he added dryly. He went on to talk about the proposed plan’s detractors “on all sides,” including within the GOP itself.

Colbert warned that Republicans could suffer a consequence all too familiar to the citizens of war-stricken Westeros. “Which would be terrible because their healthcare plan does not cover ‘bloodbath,'” Colbert quipped.

He also mentioned the opposition of AARP.

“You fools! You’ve awakened the ancient ones! For months now, the elders have slumbered after sending one of their own to lead us,” he intoned dramatically. “But now they stir, roused by a threat to the healthcare they so cherish… Don’t you know, they’re the ones who vote?”

Watch his dark takedown, above. Tyrion Lannister might even approve. 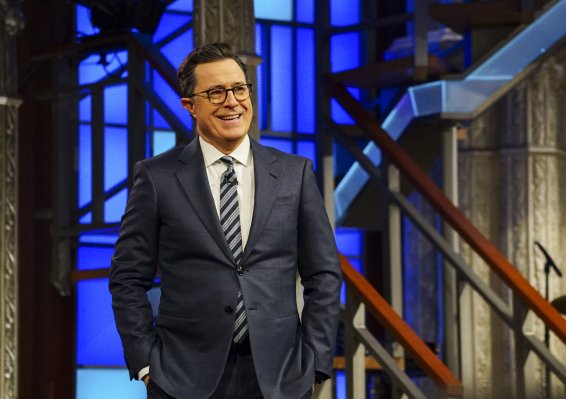