The head of the Environmental Protection Agency (EPA) challenged the overwhelming scientific consensus on global warming Thursday with a statement arguing that carbon dioxide emissions are not the primary cause of climate change.

“I think that measuring with precision human activity on the climate is something very challenging to do and there’s tremendous disagreement about the degree of impact,” EPA Administrator Scott Pruitt told CNBC from Houston, where he is attending an energy conference. “So no, I would not agree that it’s a primary contributor to the global warming that we see.”

Pruitt has previously expressed doubt in the scientific consensus on climate change, but his latest remarks reflect a more rigid stance than he took during his confirmation hearings. In January, he told a Senate panel that “the climate is changing and human activity contributes to that in some manner.”

Climate scientists widely agree that greenhouse gases emitted by humans—most importantly carbon dioxide—are the primary cause of global warming as they trap heat in the atmosphere.

Not fans of Pruitt’s record repeatedly suing the EPA during his tenure as Oklahoma Attorney General, scientists noted the change in his approach. “The mask is off,” said David Doniger, director of the Climate and Clean Air Program at the Natural Resources Defense Council. “After obscuring his true views during his Senate confirmation hearings, Scott Pruitt has outed himself as a pure climate denier.”

In Thursday’s interview, Pruitt suggested that the EPA has focused too much on carbon dioxide in recent years and instead suggested that the agency would instead focus on providing agencies with regulatory certainty. Pruitt has also said he wants to focus on some clean air and water programs, though the budget proposed by President Donald Trump cuts funding to many of those programs. Overall, Trump has proposed cutting the agency’s budget by a quarter.

President Donald Trump is widely expected to take aim at the most significant Obama-era regulation aimed at addressing climate change in the coming weeks with an executive order asking the EPA to review the Clean Power Plan. The ultimate goal of the order is to unwind the measure, which has been on hold as it winds through federal courts since it requires states to come up with plans to reduce carbon emissions from power plants. Trump’s executive order, which would fulfill an oft-repeated campaign program, has been delayed repeatedly with observers now expecting the announcement next week.

Rolling back the Clean Power Plan is easier said than done. The years-long process will require the agency to justify the decision using science through a normal rule making process. The decision will also open the Trump administration to lawsuits. The U.S. Supreme Court ruled in 2007 that the EPA needs to regulate pollutants that endanger human health and a 2009 scientific document from the EPA known as the endangerment finding makes that case. To follow those measures, the EPA would need to replace the Clean Power Plan but the Trump administration has offered no suggestion that it plans to do so.

Pruitt’s statements on the matter have been mixed. He said during his confirmation hearing that the government has an “obligation” to regulate carbon and that he would not try to overturn the endangerment finding. But on Thursday Pruitt deflected a question about the endangerment finding, saying that Congress has not spoken on the issue. 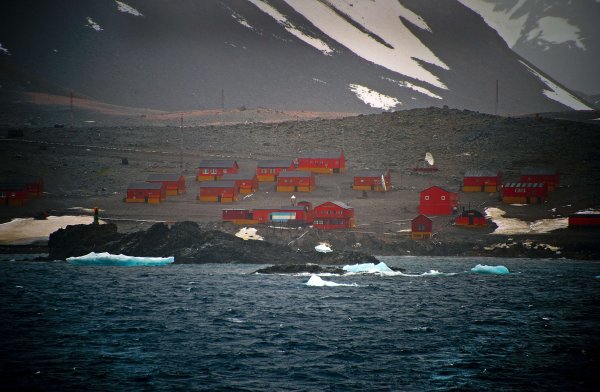 Antarctica Hit a Record High Temperature
Next Up: Editor's Pick