Amal Clooney was all business on International Women’s Day.

The mom-to-be (who also happens to be married to George Clooney) stepped out outside the United Nations headquarters in New York City on Wednesday, showing off her baby bump in a dark gray pencil skirt and matching cropped blazer.

By her side was her client, ISIS survivor and Nobel Peace Prize nominee Nadia Murad. On Thursday, Clooney will appear in front of the United Nations, where she is expected to encourage the UN to investigate allegations of genocide against ISIS.

“It’s been the most harrowing testimony I’ve ever heard. We know that it’s genocide. The UN has said so,” Amal told BBC News Tuesday of interviews she conducted with young girls and past soldiers “who were raped and enslaved by ISIS.”

During her meeting, Clooney said she plans to challenge council members on why ISIS’s crimes have not already been labeled genocide. “[I’m] going to ask [UN representatives]: ‘Are the crimes not serious enough for you to investigate?’ Well, that can’t be it. This is genocide. ‘Do you think there is no evidence for you to collect?’ That’s not right either,” she continued. “There are mass graves whose locations are known. You can start there and there’s plenty of other evidence to collect.”

While Amal continues to advocate for ISIS’s victims, she has pledged to avoid traveling to dangerous countries while pregnant.

“We decided to be much more responsible, to avoid the danger,” George told French outlet Paris Match in February. “I won’t go to South Sudan anymore or the Congo, Amal will no longer go to Iraq and she’ll avoid places where she knows she isn’t welcome.” 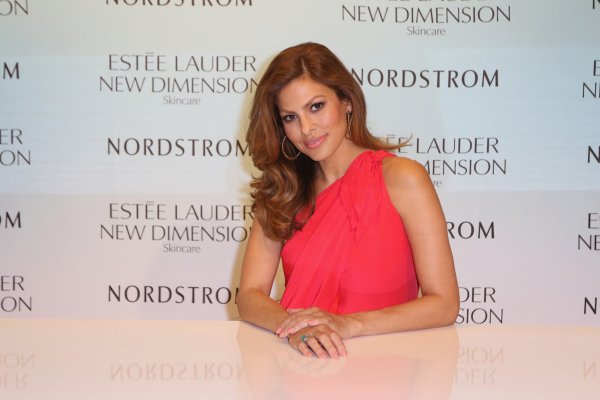 Eva Mendes Opens Up About Getting Back Into Shape Post-Pregnancy
Next Up: Editor's Pick