Ed Sheeran performs during the filming of the Graham Norton Show at The London Studios, South London on Thursday January 19, 2017.
Isabel Infantes—PA Wire/AP
By Sam Lansky

The english singer-songwriter Ed Sheeran occupies a funny place in the pop ecosystem. His best-known songs are for the most part folk-inflected, delicate creations in the tradition of Bob Dylan and Eric Clapton, but he has written hits for One Direction, toured with pop monoliths like Taylor Swift and routinely tops charts. His last release, 2014’s x, was the most-streamed album in the world that year. Like his fellow British tunesmith Adele, he’s built an empire within the contemporary pop machine on the basis of old-fashioned songcraft and simple sonic palettes, though he’s less of a purist than she is. Sheeran raps on some of his songs, and the past few years have seen him team up with drum-and-bass outfit Rudimental as well as gloomy R&B sybarite the Weeknd for collaborations. Not bad for a guy with a guitar who just turned 26.

Sheeran’s new album is called ÷ (pronounced Divide), and it finds him enjoying the freedom to experiment from his perch at the top. Lead single “Shape of You,” which gave Sheeran his first No. 1 on the Billboard Hot 100, is a slinky earworm with more erotic charge than that of his first two albums put together: “I’m in love with your body,” he purrs over a Caribbean-lite beat. “Castle on the Hill,” released concurrently, doesn’t even sound like the same artist; it’s a nostalgic pop-rock anthem with buoyant drums that sees him opining wistfully about his misspent youth. If this strategy reads as overly slick–one radio smash for the kids, another for their parents–it still proves his range.

He pulls off that same trick elsewhere on ÷, shifting from sentimentality to swagger on a hairpin curve. Album standout “New Man” is a withering, finely detailed takedown of an ex’s slick new boyfriend, and Sheeran indulges himself with a thoroughly ridiculous Gaelic rap song, “Galway Girl.” But at times the production is so heavy it can bury the songs. He finds the sweet spot on ballads like the heartbroken “Happier,” which features some of his sharpest and most elegant songwriting yet as it swells to a dramatic finish. There, he doesn’t sound like a pop star–just a guy with a guitar. 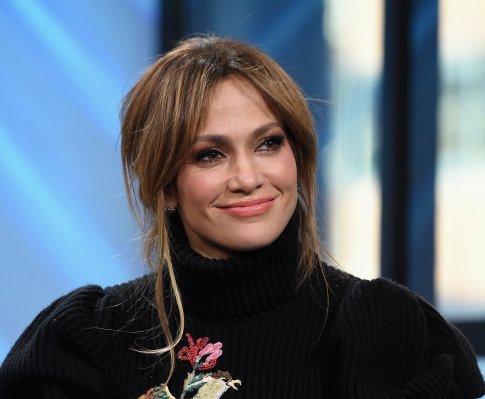