At town halls across the country, including this one for Senator Chuck Grassley in Garner, Iowa, on Feb. 21, voters have raised concerns about losing benefits under plans to repeal and replace Obamacare.
The Washington Post—Getty Images
By Sam Frizell / Tryon, N.C.

When his son cut his toe on a chainsaw outside their house in the Appalachian foothills, Robert Champion did what he often had to: barter for health care. He offered to fix a local doctor’s car in exchange for wrapping his son’s wound. “We’re prideful people,” says the longtime Republican, who owns a tiny mechanic shop outside Tryon, N.C., on a dusty patch of grass overlooking the mountains. “Everything you see here is ours. Nobody helped us.”

But the Champions’ fortunes improved, after a decade of being uninsured, when they signed up for the Affordable Care Act, also known as Obamacare, in 2013. As a result, the family has been receiving as much as $10,600 every year in federal subsidies to help pay for Robert’s blood-pressure medication and his wife Melinda’s osteoporosis medication and a gastric sleeve. “It saved my life,” says Melinda, who voted for Donald Trump in November. “It’s been a blessing for us.”

And that is the rub for Republicans now squabbling over just how to repeal and replace President Obama’s signature accomplishment. For all its problems, the law has helped millions of people in deep-red counties across the country gain insurance. Of the top 20 congressional districts in the country receiving Obamacare subsidies, 11 are represented by Republicans, according to a TIME analysis. As much as 7% of households in those areas receive funds to help pay for insurance.

The GOP replacement plan revealed on March 6 would keep some of the popular parts of Obamacare, like prohibiting insurance companies from discriminating against those with preexisting conditions, and allowing people under age 26 to stay on their parents’ plan. But the proposal would end direct subsidies for families like the Champions, and instead provide tax credits between $2,000 and $4,000, depending on age.

As a result, federal assistance to people on the individual market would drop by an average of 36% nationwide in 2020, according to the Kaiser Family Foundation, and significantly more for poorer people. The plan would also freeze the increases in Obamacare’s expansion of Medicaid by 2020 and raise premium caps on the elderly, both of which could raise out-of-pocket costs and the ranks of the uninsured. The Champions would receive $4,100 less per year if the replacement were applied today. “I was sick,” Melinda said, when she heard the news about the replacement bill. “I can’t imagine that they could just cut it off.”

The proposed shift has sparked concern from conservatives and moderates in the Republican Party, leaving House Speaker Paul Ryan and Senate majority leader Mitch McConnell with fewer votes than they need to pass the bill in its current form. Some moderate Republicans, afraid their plan will hurt constituents, want to protect Medicaid from future cuts. Many other Republicans want to repeal the law immediately and get rid of the premium tax credits altogether, viewing them as another costly entitlement. Senator Rand Paul of Kentucky has begun calling the GOP bill “Obamacare lite.”

The three top subsidy-receiving districts in the country are in southern Florida, represented by Republican Representatives Carlos Curbelo, Mario Diaz-Balart and Ileana Ros-Lehtinen, all of whom have promised to repeal the law. One in 14 people there receive subsidies. Hillary Clinton beat Trump in two of those three districts. “Our patients went from approximately 69% uninsured to 50% uninsured,” said Brodes H. Hartley Jr., president and CEO of Community Health of South Florida, which helped more than 25,000 people enroll under Obamacare. “We don’t want to throw away the baby with the wash.”

Here in Appalachia, where counties supported Trump by 30-point margins, many will get left behind under the new plan. Sandra Sizemore, a Trump voter and fast-food worker, lives in the district of Freedom Caucus leader Mark Meadows, who opposes any federal tax credits to help pay insurance premiums. She receives $780 per month to help pay for blood thinners and stomach medicine. Justin Phillips, a 31-year-old truck driver who has 15 head of cattle on a farm outside nearby Waynesville, uses insurance subsidies to cover his baby daughter. “If a man works hard, he shouldn’t have to worry about, ‘How am I going to provide for myself?'” says Phillips, who receives $600 a month and also voted for Trump.

With Democrats refusing to support any replacement, the Republican efforts to repeal could ultimately fail, forcing a new bipartisan effort to alter the current system. For families like the Champions, that might be a relief. “It scares me to death,” says Melinda Champion, sitting in her kitchen below a painting of Jesus exposing his heart, “because I don’t know what’s going to happen.” 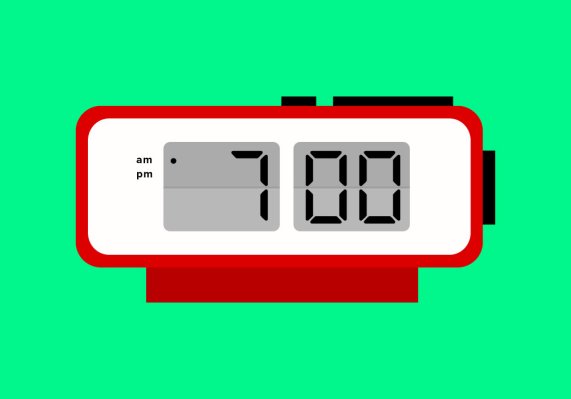