For doctors and the people they care for, depression can be a vexing condition. It’s common–about 16% of American adults will be clinically depressed at some point in their lives–and yet about a third of those cases won’t respond to the standard treatments of antidepressants and psychotherapy. Stubborn depression can have dire long-term effects on people’s health and well-being: those with treatment-resistant depression tend to die nine years earlier, on average, than those whose mental health is well managed, and they’re twice as likely to die after a heart attack.

The dearth of treatment options has led some scientists to explore unconventional therapies, and some fresh hope has emerged from an unlikely source: ketamine hydrochloride, a drug synthesized in the 1960s and approved by the Food and Drug Administration (FDA) as an anesthetic. Ketamine is prized for its fast-acting painkilling properties (and its hallucinogenic ones, if you ask the clubgoers who call it “Special K”). But the drug has also been found in a cluster of small studies to help treatment-resistant depression with impressive speed and efficacy.

Studies about ketamine–and the buzzy headlines that follow them–have stoked the curiosity of clinicians and patients, with some calling the drug the most exciting development in depression treatment in the past 50 years.

Other experts, however, are urging caution. In a recent issue of the leading medical journal JAMA Psychiatry, a task force from the American Psychiatric Association (APA) concluded that ketamine isn’t ready for widespread adoption as a depression treatment because of a lack of evidence and long-term research. The panel of experts points out that while the positive effects of ketamine seem to last for a few days to a week at a time, researchers don’t yet know what happens to a person who takes ketamine over the long term. They also don’t know what happens when people stop taking it, or what the ideal dose is for treating depression.

The lack of large, lengthy studies has not stopped doctors from prescribing it off-label. (Once a drug is approved for one condition, doctors can prescribe it for any ailment they think it may help.) In recent years, there’s been a boom in pricey, privately run ketamine clinics, where a single dose, prescribed by a doctor, can cost $500. The research arms of some prominent medical centers, including Yale University, Mayo Clinic and Cleveland Clinic, have also embraced ketamine for some people.

In a handful of studies, when depressed people who had tried every other treatment were hooked up to an IV with ketamine, half to 75% of them (and sometimes even more) felt significantly better within a day, says Dr. Gerard Sanacora, a professor of psychiatry and director of the Yale Depression Research Program who led the recent study. “For most antidepressants, it takes at least six weeks to get to that point,” he says.

But even optimistic researchers have questions about the drug. One of the problems is that only about 368 people with severe depression have taken the drug in published clinical trials. “That’s pitifully small compared to what a clinical trial would generally be comprised of for FDA approval,” says Dr. Charles Nemeroff, chair of the APA task force and chairman of the department of psychiatry at the University of Miami Miller School of Medicine. Trials of that type typically include several thousand people.

Ketamine is not a risk-free drug. Some patients have developed high blood pressure while taking it, chronic ketamine use has been linked to cognitive impairment–and it may be addictive. “The last thing we would want to do as a field would be to promote the use of a substance to treat depression that turns out to have tremendous abuse liability, and that would end up creating a cadre of depressed patients who are now, in addition to that, substance abusers,” Nemeroff says.

When a drug shows early promise for people who have run out of options, it’s hard to argue with doctors’ willingness to experiment with alternatives. Still, with patients’ long-term health so uncertain, even those who have studied ketamine for a long time say more research is needed. “It’s one of the most difficult things to face as a physician,” says Sanacora, “that balance between not offering a treatment that has potential life-changing ability for some patients, but balancing that against the limited amount of data that we have on it.” 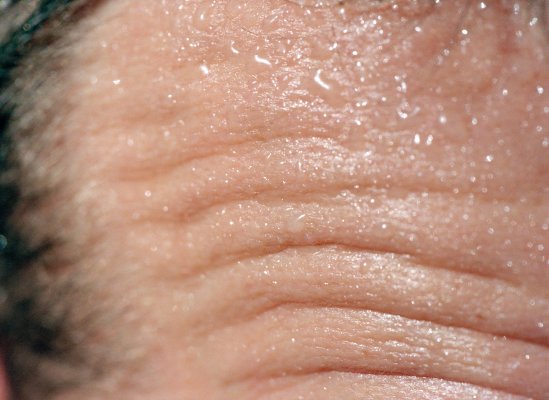 This Week in Health: Summer Colds, Health Care and Yoga for Pain
Next Up: Editor's Pick