The 12 Dirtiest Fruits and Vegetables

You might want to think twice before purchasing conventionally grown strawberries, spinach or nectarines. According to a new report from the Environmental Working Group (EWG), these foods are the most likely to be contaminated with synthetic pesticide residue.

The findings are part of the EWG’s 2017 “Dirty Dozen” and “Clean Fifteen,” a list of the most and least pesticide-ridden foods. To compile the ranking, the EWG analyzed tests conducted by the U.S. Department of Agriculture and Food and Drug of more than 36,000 samples from 48 different types of conventionally grown produce.

“Even low levels of pesticide exposure can be harmful to infants, babies and young children, so when possible, parents and caregivers should take steps to lower children’s exposures to pesticides while still feeding them diets rich in healthy fruits and vegetables,” said Dr. Philip Landrigan of the Mt. Sinai School of Medicine, in a statement.

Also moving up on the list this year are spinach and nectarines. Spinach jumps from the eighth to the second most contaminated product. The USDA found spinach samples contained more residue by weight than all other produce tested, and 75 percent of samples contained residue of permethrin, an insecticide that is used to treat lice and repel mosquitos. In high doses, it can cause damage to the nervous system.

So what conventionally grown produce is safe to purchase? Sweet corn, according to the EWG. Only 1 percent of samples of both sweet corn and avocados (last year’s top pick) had any detectable pesticides. Though you’re safe from pesticide residue because of the food’s protective exterior, it’s important to note that the EWG does warn that a small amount of sweet corn, as well as papaya and summer squash, are produced from genetically modified seeds. (Buy organic if you’re trying to avoid altered produce.)

The EWG lists, which started in 1993, have gained a reputation among many notable doctors and health organizations, including the American Academy of Pediatrics, for reducing pesticide exposure in diets. But the Dirty Dozen list has also attracted some criticism for focusing on quantity of pesticides rather than toxicity. According to Sonya Lunder, EWG senior analyst, the group has taken to highlighting crops, like hot peppers this year, as the “Dirty Dozen Plus.” These produce picks don’t meet the traditional criteria, but have been found to have residue of highly toxic pesticides on them. Additionally, some critics have pointed out that the levels of pesticide residue found on the food in this list, though higher than other fruits and vegetables, are generally still well below EPA tolerance levels.

However, the EWG stands behind their list and cautions consumers to pay attention to any substantial trace of synthetic pesticide. Lunder told RealSimple.com in an e-mail that in the past, the Environmental Protection Agency has “revoked tolerances” or changed legal limits or altogether banned certain insecticides thought to be safe after revising risk assessment. For example, last fall the tolerances for Chlorpyrifos, a pesticide once widely detected on fruits and vegetables, were revoked after it no longer met the EPA’s safety standards.

See the full Dirty Dozen and Clean Fifteen lists below, as well as the complete rankings of over 50 varieties of produce on the EWG website.

Want to keep your produce clean at home? Get expert tips from the USDA, food scientists, and other experts on how to store fruits and veggies. 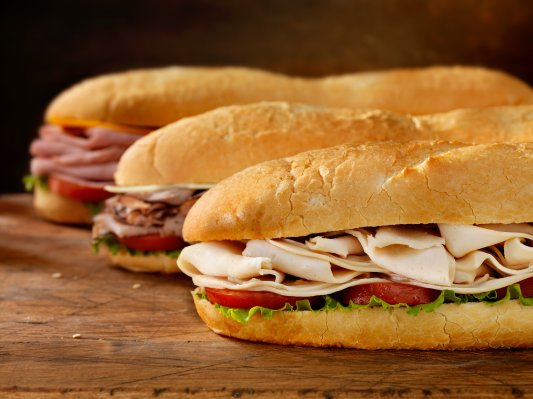 What's In Your Fast-Food Chicken?
Next Up: Editor's Pick