Sonos PLAY:3
Sonos
By John Patrick Pullen
Each product we feature has been independently selected and reviewed by our editorial team. If you make a purchase using the links included, we may earn commission.

Some brands never cut consumers a break. Apple, for example, is notoriously tight-fisted when it comes to discounts. Internet-connected speaker company Sonos is another member of that camp.

But today on Amazon, Prime members can get a crack at Sonos’ PLAY:3 smart speaker for nearly 15% off. That’s a great deal if we’ve ever heard of one. (Not a Prime member? Get a 30-day free trial here.)

A Wi-Fi-connected speaker that lets you stream music from more than 30 online sources (including Spotify, Apple Music, Pandora, TuneIn, your own personal library and more), the PLAY:3 is a versatile little sound system. You can prop it up, lay it flat, mount it on the wall, or even use a pair as rear channel surround sound speakers. Or, if you have multiple Sonos speakers, you can sprinkle them throughout your home to create a whole-house audio system without dealing with a bunch of in-wall wiring.

Sonos owners gush over their gear for two reasons in particular. The first is the sound quality — the PLAY:3 speaker has a tweeter and two subwoofers, making music sound great from the high end to deep bass. Second, through Sonos’ heady “Trueplay” software, the PLAY:3 pairs with the mic on your smartphone to sonically map the room in which it’s placed, then customizes its sound to that space. And Sonos constantly updates its speakers’ software, which helps prevent them from going obsolete. (For instance, that Trueplay concept was released around four years after the PLAY:3 was first made available.)

In the meantime, it would be smart to hop on this deal. Typically $299, the PLAY:3 is currently available to Amazon Prime customers for $256. I wish I could say it was “available for a song,” but you don’t get great-sounding speakers for nothing. 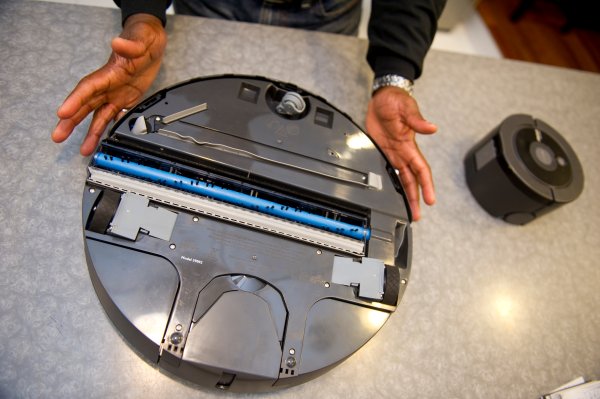 4 Robots That Can Do Your Household Chores For You
Next Up: Editor's Pick