These Are Likely Luke Skywalker's First Words in Star Wars: The Last Jedi

According to the Los Angeles Times, in a continuation of the final scene from The Force Awakens, the clip from the upcoming installment featured Mark Hamill’s Luke asking Daisy Ridley’s Rey, “Who are you?”

The scavenger then responds in the most Rey way possible—by demonstrating her lightsaber skills. 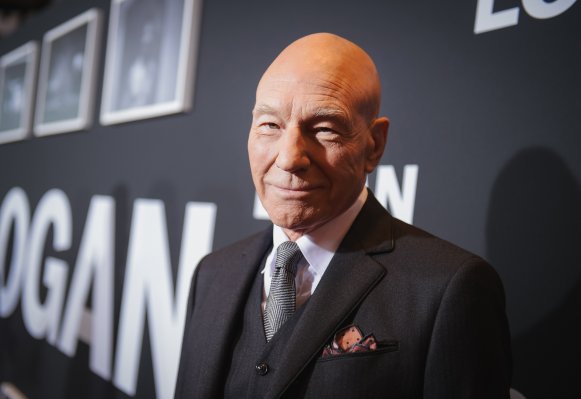 Patrick Stewart on Why He Wants American Citizenship
Next Up: Editor's Pick