O.J. Simpson May be a Free Man as Early As This Fall

O.J. Simpson enters a Las Vegas courtroom to be arraigned on charges including kidnapping, assault and burglary at the Clark County Regional Justice Center September 19, 2007.
Pool—Getty Images
By Alana Abramson

O.J. Simpson could be released from prison as early as this fall, pending a parole hearing.

The former football star is set to have a parole hearing later this year, likely in July, that could get him released from prison as early as Oct. 1, CNN reports.

Simpson has been behind bars at Lovelock Correctional Center in Nevada, a medium-security prison, since 2008 for charges including armed robbery, kidnapping and assault. He was given a sentence of nine to 33 years —making this the first year he can be released — following an armed confrontation involving him and his two associates with memorabilia dealers in a Las Vegas hotel room in 2007.

Simpson is infamous for his acquittal in the 1994 murder of his wife, Nicole Brown Simpson, and her friend Ron Goldman. His murder trial, dubbed the “Trial of the Century,” caused international fervor and the jury’s decision to acquit him is still a contentious topic. The court-room drama was most recently the subject of the Oscar-award winning documentary, O.J. Simpson: Made in America as well as the FX series The People v. O.J. Simpson: An American Crime story, which won the Golden Globe for Best Limited Series or Television Film.

Correction: The original version of this story misstated the location of Lovelock Correctional Center. It is in Lovelock, Nevada, not Las Vegas. 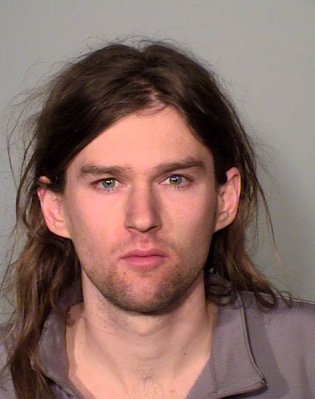 Tim Kaine’s Son Was Arrested at a Trump Rally
Next Up: Editor's Pick