One of Sen. Tim Kaine’s sons was recently arrested after he and a group of people crashed a Minnesota rally where hundreds of people were gathered in support of President Donald Trump, police said.

Linwood Kaine, 24, was released from jail Tuesday after the Saturday scuffle but has not yet been charged with a crime, the Pioneer Press reports. He is the youngest son of the Virginia Democrat, who was Hillary Clinton’s running mate during last year’s presidential election. Authorities said Linwood Kaine was among six people taken into custody. He was arrested on suspicion of second-degree riot, the Press reports.

About 50 people showed up at the pro-Trump rally. Some of the counter-protesters lit fireworks and smoke bombs, which sent Trump supporters scrambling, the Washington Post reports. A chemical irritant was also sprayed into the crowd.

“We love that our three children have their own views and concerns about current political issues,” the elder Kaine said in a statement. “They fully understand the responsibility to express those concerns peacefully.” 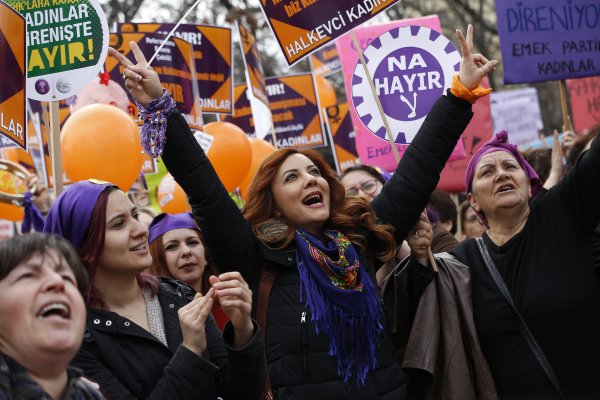