The Sound of ‘Pink Noise’ Improves Sleep and Memory

Deep sleep is critical to maintaining a robust memory, but both decline with age. A small new study published in Frontiers in Human Neuroscience suggests that one easy way for older adults to get deeper sleep and stronger memories is to listen to a certain soothing sound called “pink noise”—a mix of high and low frequencies that sounds more balanced and natural than its better-known cousin, “white noise.”

It may sound strange, but previous studies have found that playing so-called pink noise during sleep improves the memory of younger adults. “We wanted to see if it would work in older people, too,” says senior author Dr. Phyllis Zee, professor of neurology at Northwestern University Feinberg School of Medicine. Older people tend to get less slow-wave sleep and are at greater risk for memory impairment.

Zee and her fellow researchers had 13 adults ages 60 and older spend two nights in a sleep lab. On both nights, the participants took a memory test at night, went to sleep wearing headphones and an electrode cap, and repeated the memory test in the morning.

On one of those nights, headphone-clad participants were played a series of short bursts of pink noise during deep sleep, spaced out enough to prevent the brain from getting used to and ignoring them. “The noise is fairly pleasant; it kind of resembles a rush of water,” says Zee. “It’s just noticeable enough that the brain realizes it’s there, but not enough to disturb sleep.” The sounds were timed to match their slow-wave oscillations. No noise was played during the other night.

(Here’s what pink noise sounded like to study participants, in the box below.)

After analyzing everyone’s sleep waves, the team found that people’s slow-wave oscillations increased on the nights punctuated by pink noise. Come morning, people who had listened to it performed three times better on memory tests than they had the other night. On the nights without the noise, memory recall did not improve as much.

Northwestern has a patent pending on the new technology, and one of the study authors has cofounded a company that plans to market it commercially. But first, says Zee, larger and longer studies are needed to confirm the findings and show that there are benefits to long-term use, rather than on just one night. The researchers hope to develop an affordable device that people can use at home.

Zee says that the effectiveness of pink noise is all in the timing. “The effect here, at least for memory, is quite related to the ability of the sound stimulus to enhance slow-wave sleep,” she says. “That’s very much tied to what part of the slow wave the stimulus is hitting on.”

That doesn’t mean there aren’t benefits to other soothing background sounds. Music, nature sounds and white (or pink) noise apps may still help improve sleep, she says—which, in itself, is good for the body and for the brain. 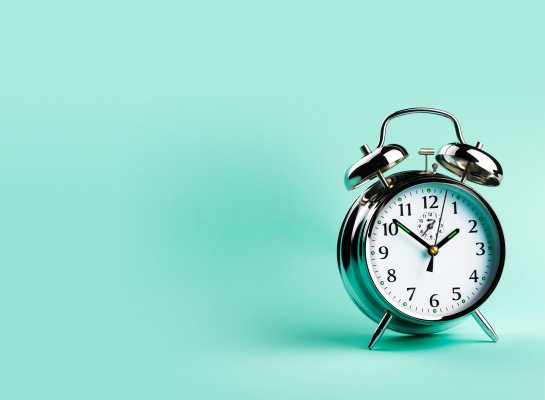 7 Ways Daylight Saving Time Can Impact Your Health
Next Up: Editor's Pick