This undated photo shows the rhinoceros Vince, center, at the zoo, west of Paris. A zoo director says a five-year-old Rhinoceros living in the wildlife park he runs near Paris has been shot three times in the head by poachers who stole its ivory horn.
Domaine de Thoiry/AP
By Alana Abramson

Poachers have killed a 4-year-old white rhinoceros named Vince for one of his prized horns, the AP reports.

Thoiry Zoo director Thierry Duguet told AP that after breaking into the park in Paris, poachers shot Vince in the head three times before using a chain saw to cut off his horn. Vince’s second horn was partially cut, “which suggests that the criminals were disturbed or that their equipment proved defective,” according to a post on the zoo’s Facebook page.

Vince was one of three white rhinos kept at Thoiry. The other two, Gracie and Bruno, were not harmed and are safe at the zoo, the Facebook post read.

The suspects are reportedly still at large.

While police are still investigating, Le Parisien newspaper speculates the horn was stolen to be sold on the black market, according to AP. Rhino horns can be sold for up to 40,000 euros due to unfounded claims horns have tonic and medicinal properties. 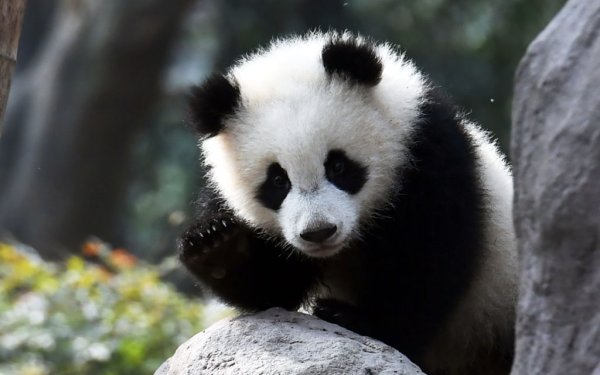 This Is Why Pandas Are Black and White
Next Up: Editor's Pick