Volunteers at an event for Om Abdullah (R) on December 10, 2015 in Jeddah, Saudi Arabia.
Jordan Pix—Getty Images
Ideas
By Ian Bremmer
Bremmer is a foreign affairs columnist and editor-at-large at TIME. He is the president of Eurasia Group, a political-risk consultancy, and GZERO Media, a company dedicated to providing intelligent and engaging coverage of international affairs. He teaches applied geopolitics at Columbia University’s School of International and Public Affairs and his most recent book is Us vs. Them: The Failure of Globalism.

What does Saudi Arabia need? Deputy Crown Prince Mohammed bin Salman knows the answer. If his country is to become an economically dynamic, politically stable nation, it must relieve the kingdom’s dependence on energy exports, adapt to a world of accelerating technological change, prepare Saudi citizens to excel in 21st century jobs, and empower many more women to participate.

Vision isn’t enough, however, and the likely future king’s reform plans will probably come up short on social change. There has been progress; last year, for example, the religious police had their powers of arrest curbed. But a bid to unleash the talent of Saudi women is still headed the wrong way up a one-way street. As much of the world marks International Women’s Day today, March 8, the Saudi workplace remains a remote destination for too many women.

Vision 2030 aims to increase the percentage of women in the workforce from 22% to 30%. Yet bin Salman continues to support the unofficial ban on women driving automobiles. That’s probably political pragmatism, as the kingdom’s conservatives push back hard on social reform, particularly those that involve women’s rights. Even in an authoritarian state, politics remains the art of the possible. But this often-contradictory approach toward reform makes it impossible to modernize the kingdom’s economy.

This is an old story. In 2017, Saudi political stability still depends on a pact between Saudi royals and the kingdom’s conservative clerics. The ruling family subsidizes clerics and lets them preach as they choose; the clerics, in turn, support the royals’ political legitimacy. Royals challenge religious conservatives at their peril.

It’s hard to change Saudi Arabia, because there’s no apparent consensus demand for reform from its younger citizens. Many in the West imagine that youth everywhere want individual freedom. Is that true for Saudis? There are no credible opinion polls within the kingdom, but we can see that conservative clerics have far more social media followers than do the king, well-known athletes, or the few political activists in this closed society. That’s hardly a precise measure, and many younger Saudis surely back social change, but it is telling nonetheless.

This isn’t simply a question of religious tolerance or social justice. This is a country where women outnumber men among university graduates, but make up less than one quarter of the workforce. For a country that badly needs new economic vitality, that’s a problem that must be surmounted. Mohammed bin Salman knows exactly what his people need, but his ability to deliver these changes remains very much in question. 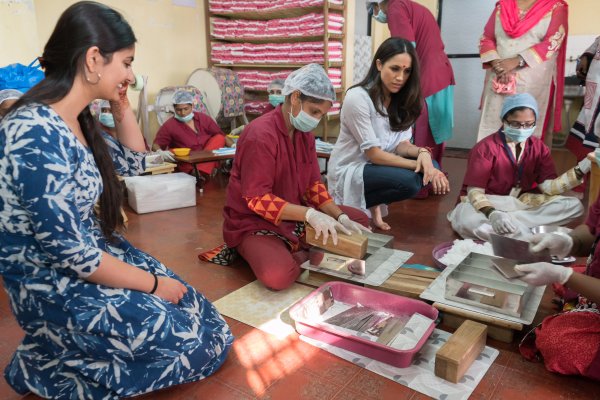 How Periods Affect Potential
Next Up: Editor's Pick