Jillian Johnson lost her son to accidental starvation just 19 days after he was born.

Johnson says she felt pressured by her baby-friendly hospital to exclusively breastfeed her son Landon. As a result, he did not get enough colostrum (a mother’s early milk) in the first days of life and suffered cardiac arrest from dehydration just 12 hours after being discharged from the hospital.

Johnson says she was made to feel that breastfeeding was the only option when it came to feeding her child.

“I can’t even say that pressure is the right word,” she says. “Everything was pushed so hard, you felt brainwashed. You felt like you were a horrible person if you gave your baby a bottle, and you wanted to do everything you could to make sure that your baby was breastfed and not given a bottle.”

The feelings of grief Johnson felt after losing her son to accidental starvation are hard for her to articulate.

“It’s really not something I could put into words for somebody else to understand if they haven’t lost a child, but there’s a hole,” she says. “There’s a hole in our hearts. He can’t be replaced. He would have been 5, he would have been starting kindergarten this year. The holidays are really hard because, what would he dress up as for Halloween this year? What would we have gotten him for Christmas?”

Johnson now has two children — Stella, almost 4, and Aliona, 18, months — whom she “combo fed” with a mix of breastfeeding and formula. She wrote about her experience for a blog post for the non-profit organization Fed Is Best to help educate other parents who may feel similar pressures to exclusively breastfeed.

“There’s nothing wrong with giving your child a bottle,” she says. “In the end, what would you rather have – a child that passed away because you did your best to breastfeed him? Or would you like to raise your child, because you had no fear and gave the child a bottle? There is nothing wrong with supplementing. It comes down to making sure that your baby is getting everything that they need, even if it’s the first few days of life. I know women who have had to give them a bottle for the first few days and they didn’t have to give them a bottle after that.”

Johnson says the reactions to her blog post have been mixed.

“There’s definitely a lot of pushback as far as, why are we anti-breastfeeding?” she says. “We’re not anti-breastfeeding. If we were, our baby would still be alive. There are women and even their husbands who have come out and said, we went through this. We maybe didn’t lose our baby but we had to have our baby readmitted to the hospital, or it came close.”

In addition to being able to ask for support from doctors and nurses, Johnson says it’s important for the community to come together as a whole to support mothers, whatever their method of feeding may be.

“As a community, we need to start taking care of each other,” she says. “The amount of moms that have said, ‘I needed to hear this so that I could speak up,’ it’s amazing, because we shouldn’t be shamed for how we choose to feed our children as long as they’re fed.”

Five years after her son’s death, Johnson is still reeling from the loss, but hopes her story can help prevent similar deaths from occurring.

“We have a candle for him that we light on holidays. For his birthday we always go to the same beach, we write his name in the sand during sunset,” she says. “We have two little girls now and they know about him. We talk about him, there are pictures of him in our home. He’s always going to be part of our lives. Now we just want to do bigger things in his name and help other parents prevent losing their babies.” 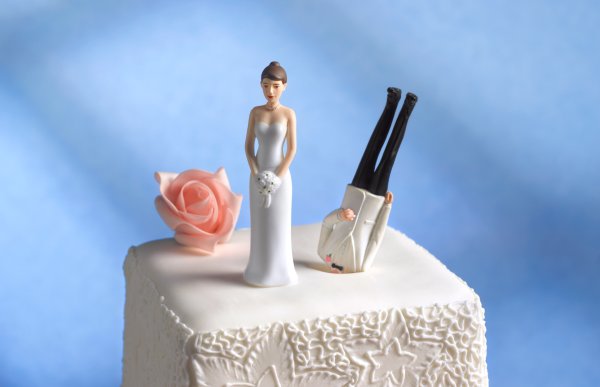 What a Career as a Divorce Attorney Taught Me About Love
Next Up: Editor's Pick